Proof That LeBron James Has the Best Sneaker Game 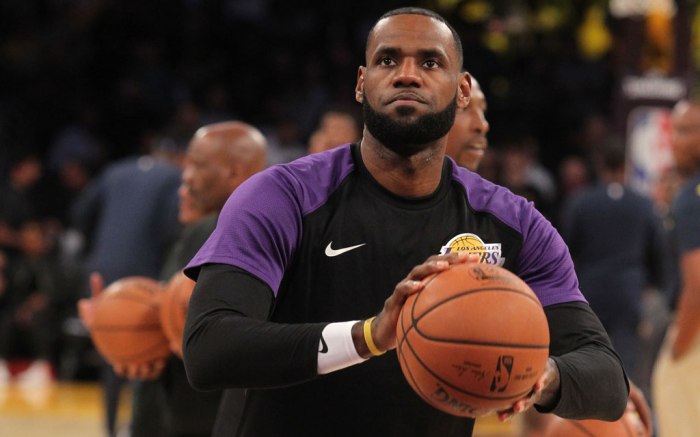 Given LeBron James’ massive influence on the basketball shoe industry — his lifetime endorsement deal with Nike is reportedly worth $1 billion — it comes as no surprise that his on-court shoe style is memorable.

In honor of the NBA star’s 34th birthday today, FN is taking a look back at some of his most noteworthy shoe looks over the past few years.

This year marked a big move for James. After playing on his hometown Cleveland Cavaliers for several seasons, he went to the Los Angeles Lakers.

For his first home game at the Staples Center, James hit the court in a pair of his signature LeBron 16s. The athlete selected the kicks in a simple black and white colorway.

During the 2016 NBA Finals — when James picked up his third ring by snapping a decades-long championship drought for the city of Cleveland — the NBA star sported white LeBron Soldier 10 sneakers.

But James’ most memorable shoe look of all came in an ordinary Cavs game in December 2017. The 14-time All-Star stepped out in mismatched LeBron 15 sneakers emblazoned with the word “Equality” — sending social media into a frenzy.

After the game, the basketball player expressed his disapproval of President Donald Trump.

The sneakers are now on display at the Smithsonian.

While James is out now with a groin injury, the star is expected to return in fighting form soon and is listed by the Lakers as day-to-day.

Click through the gallery for more of LeBron James’ sneaker style on the court.

The 7 Biggest Sneaker and Athletic Industry Moments of 2018