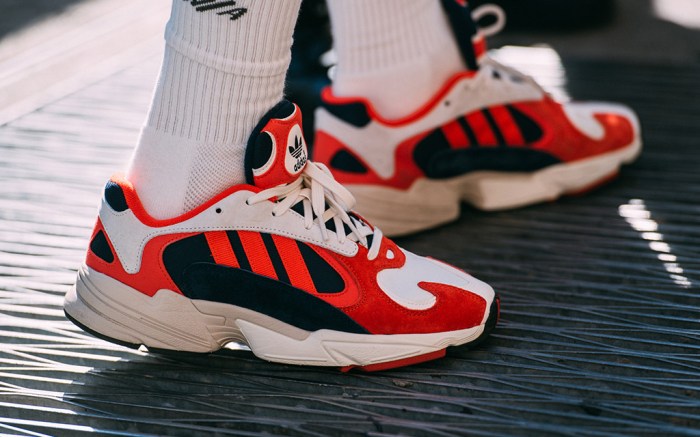 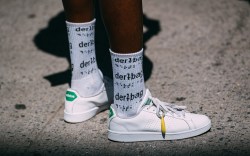 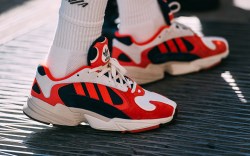 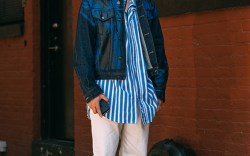 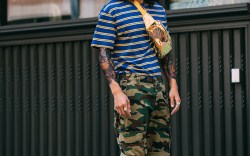 At New York Fashion Week Men’s, wrapping up today, retro and vintage styles rule the streets, proving that the throwback trend has made its triumphant return through the millennial.

The revival of ’90s fashion has welcomed neon, grunge and other nostalgia-infused trends on the streets of major metropolitan areas. Case in point: The fashionable gentlefolk who dominated city sidewalks in bomber jackets, ascot ties, and socks and sandals despite temperatures well into the 80s — during tourist season, no less.

Celebrities, influencers and fashion’s finest filed into shows and presentations from industry veterans like Todd Snyder and newbies such as Swonne — with the front rows seeing just as much sartorial action as the runways.

Opting against smart layering, a standout few went for more summer-friendly colors and prints, including a rainbow-hued tie-dye ensemble from head to toe by Mister Mort himself.

And of course, the old-school cool crowd wouldn’t be complete without the trusty tracksuit, with multiple variations on the ’90s staple through wild prints and textures. The two-piece suit also made its appearance, particularly in the form of khakis and corduroy.

Looks like some trends may never go out of style.