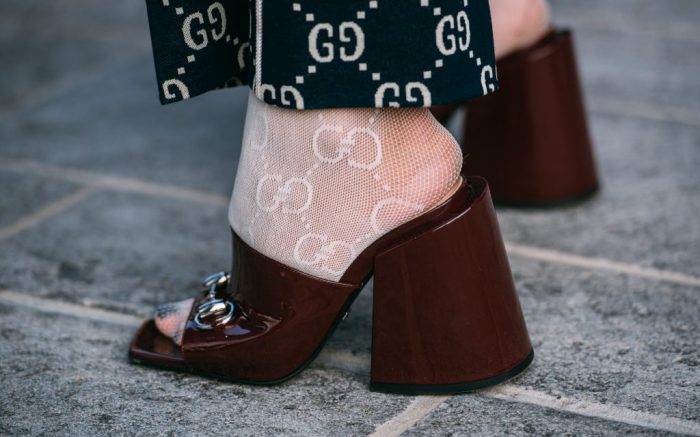 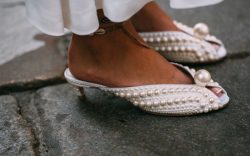 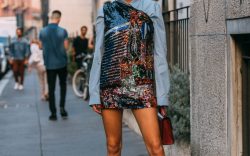 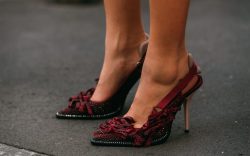 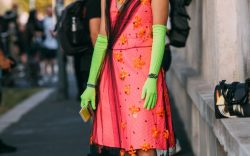 As fashion’s elite gathered in Italy for the spring ’19 shows at Milan Fashion Week, they came decked out in stylish ensembles as they headed to shows for designers such as Prada, Fendi and Missoni.

In the streets of Milan this week, logomania — a ’90s-inspired trend that has seen a recent surge in popularity — reigned supreme.

One stylish fashion week attendee, Viktoria Rader, stepped out in a pajama-inspired Gucci set with the brand’s classic logo throughout. She put a high-fashion take on socks and sandals — choosing see-through, logo’d socks in white, which she paired with brownish sandals that had a chunky heel.

Another showgoer sported trendy Prada flame heels in a black and orange colorway. She wore mustard-colored socks with Prada’s inverted triangular emblem emblazoned on the side underneath.

Fendi’s iconic “F” logo also appeared on the feet of many in the streets of Milan. A brown and black print with the brand’s logo were spotted on both thigh-highs and booties.

Aside from logomania, the Western boot trend also was a major fashion theme in the streets. One standout style? A futuristic pair of Marc Jacobs Western boots with see-through paneling and shiny blue exterior.

Click through the gallery to see all the best street styles at Milan Fashion Week spring ’19.