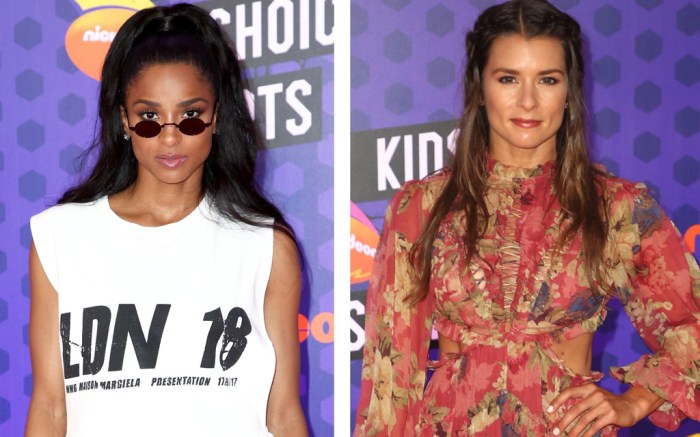 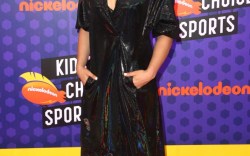 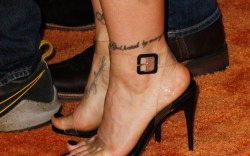 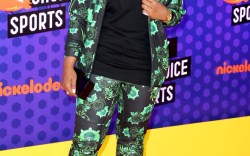 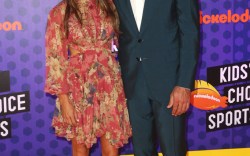 Athletes stepped out in style at the 2018 Nickelodeon Kids’ Choice Sports Awards tonight, with many of them hitting the red carpet for the second night in a row after yesterday’s ESPYs.

Among the best dressed were those who took the kids component of the awards show to heart, bringing along their young ones as they posed on the red carpet.

For instance, Russell Wilson and Ciara brought her 4-year-old son, Future (her son with rapper Future), and the couple’s 1-year-old daughter, Sienna — and the whole family coordinated in white.

Meanwhile, Ciara pulled off a trendy look in snow-white Marc Jacobs workboots, which she paired with a graphic T-shirt from MM6 Maison Margiela and an RTA brand miniskirt. She accessorized with tiny black sunglasses that baby Sienna played with as the family posed for pictures.

Sienna wore white Zara shoes with her Nununu dress, while Future stepped out in red and black Bellies shoes and a red flannel Haus of Jr shirt, wearing a white T-shirt that matched the rest of his family’s ensembles.

While Michael Phelps opted for a simple look, wearing a white button-down shirt, black pants, and lace-up sneakers, his son stole the show on the red carpet in a T-shirt printed with cars and a pair of summer-ready white Adidas sneakers.

Danica Patrick and Aaron Rodgers looked every bit the power couple on the red carpet, with Rodgers sporting a dark teal suit and Patrick choosing a floral dress with cutout detailing and gold sandals.