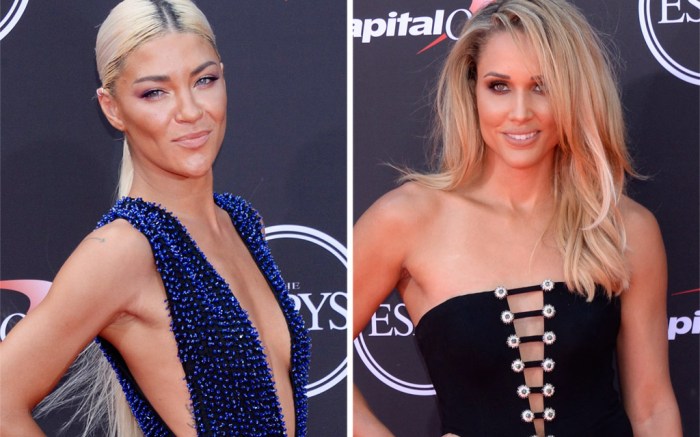 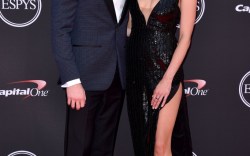 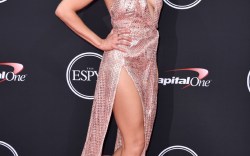 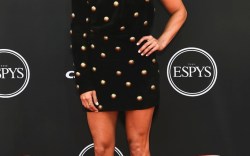 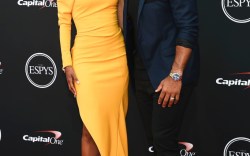 Revealing looks were trending at the 2018 ESPY Awards in Los Angeles tonight. Women went bold in dresses that showed off their legs — and stylish footwear.

Alison Brie made a bold statement in a pale pink sequined gown with a low neckline and a thigh-high slit that went all the way up her leg. The “GLOW” star, who plays a wrestler on the Netflix comedy, showed off sky-high, strappy studded sandals from Sophia Webster that went perfectly with her glamorous gown.

Actress Jessica Szohr also chose a gown with a thigh-high slit, selecting a blue, sleeveless dress with studs and a black band around her waist. The actress selected spiky black, shiny pumps that matched her dress.

Danica Patrick, the host for tonight’s event, also showed off her toned legs, choosing a long-sleeved black dress with gold studs. The race-car driver chose black sandals that went up to her ankles and featured sultry cut-out detailing.

Accompanying her husband, NFL star Russell Wilson, Ciara opted for a skin-baring mustard-colored dress with a thigh-high slit and one sleeve. For footwear, the singer wore see-through pumps with gold spikes for a bombshell look.

Click through the gallery to see more bombshell red carpet looks at the 2018 ESPY Awards.