amfAR Auctions Off a Disneyland Date With Katy Perry for $160K 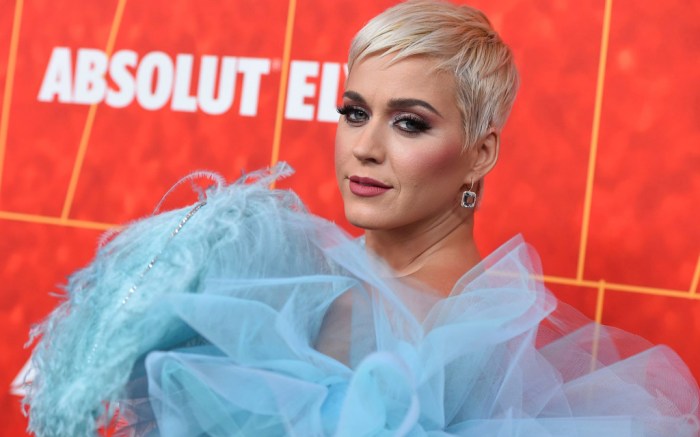 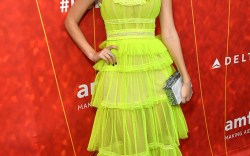 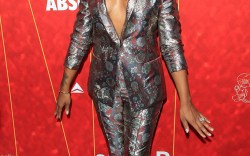 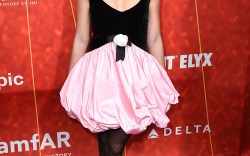 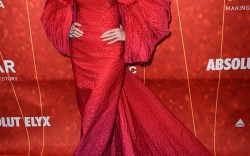 The amfAR Inspiration Gala brought together a slew of celebrities in Los Angeles yesterday — all in the name of charity.

Blake Myoskie, founder of Toms shoes, and singer-turned-shoe designer Katy Perry were honorees at the gala, which raised funds for HIV/AIDS prevention and research.

Meanwhile, Myoskie hit the red carpet alongside wife Heather Lang Myoskie. Heather won one of the biggest items up for sale at the live auction, putting in a successful bid of $160,000 for a day at Disneyland with Perry.

Rapper and talk show host Eve made an appearance on the red carpet as well, stepping out in a shiny embroidered Asos suit and strappy black Yves Saint Laurent sandals.

The 39-year-old discussed how female rappers’ style has evolved over the years with FN.

“Even from when I came out, I don’t think I would have been able to wear some of the higher end brands if it weren’t for Lil Kim because she was the first female we saw in brands like Louis Vuitton,” Eve said. “[Style] went from so, so raunchy to more of a mix of fashion. I love Cardi B, for instance, how she comes out and is so fashion and is so feminine and so classy.”

Heidi Klum made a red carpet statement in a red-hot Zac Posen gown with dramatic sleeves and a floral print on the bodice. The model discussed the upcoming reboot of “Project Runway,” which will feature Christian Siriano and Karlie Kloss.

“I can’t wait to see how they’re going to change it because it needed some change,” the 45-year-old model said. “You know, it’s been stale for 16 years. It was great, but it needed something new.”

In addition to the live auction, the event featured a performance from Dame Shirley Bassey.

Click through the gallery to see more celebrity attendees at the amfAR gala, including Sarah Hyland, Rumer Willis and Leslie Mann.