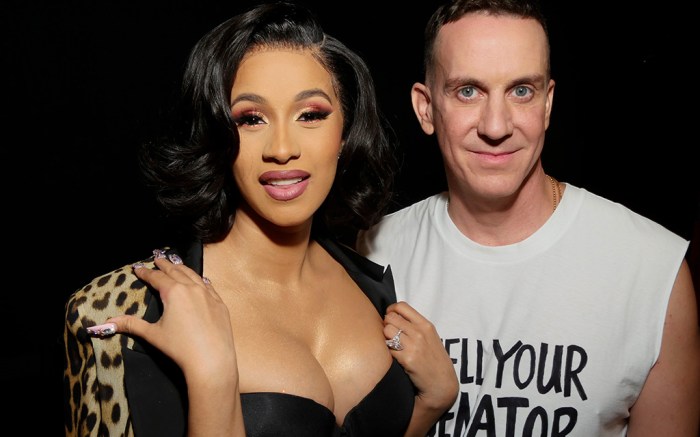 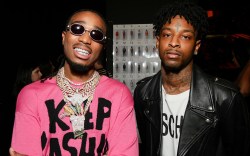 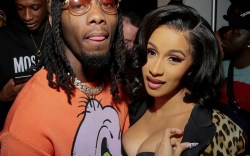 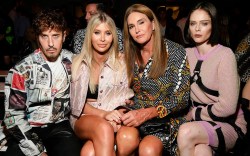 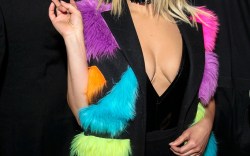 Here’s the inside scoop.

On the Front Row

Queen of the Court

Cardi B sat among friends and family with her husband, rapper Offset, and sister, Hennessy Carolina, taking in the show from the best seats in the house on the front row.

The “I Like It” hitmaker spotted a pair of highlighter-yellow waders that got her approval in one word: “fire.”

Life of the Party

Pop star Bebe Rexha, rocking a colorful fuzzy vest with thigh-high black PVC boots, greeted VIPs and chatted with guests in the middle of the room ahead of the show.

Jackson flaunted her figure in an ab-baring ’70s-inspired top with red trousers, Jasmine Sanders smoldered in a zip-up minidress with embellished sandals, and Paris Hilton brought the heat in a sheer crop top with Namilia’s panty trousers that had generous cut-out exposures around the hips.

Tiffany Haddish had plenty of commentary about the looks sent down the runway. Scott’s top-to-bottom wader boots caught her eye — twice. The comedienne remarked that the denim style was her favorite, and an olive green version’s silhouette came with a cheeky surprise: “The a** hangs out the back,” she noted.

Best in show? “Get that boots!” she shouted as a pair of clear thigh-highs covered in colorful rhinestones strutted down the catwalk.

“Pose” actress MJ Rodriguez said she’s a fan of Scott’s combat shoes. “The very, very specific combat shoe that he created with neon colors. I love the knee-high ones as well as the onesie with the heels — those, I want a pair of those. I looked at them and said, ‘Yeah, that’s something I like.'”

Rodriguez, who stars as Blanca on the FX series, said it’s her debut on the front row at a fashion week. “This is my first runway show. I’m enjoying every single last moment of it.”

The actress added that seeing Scott’s show has brought things full circle since her time starting out in the entertainment industry. “I’ve looked up to him since I was 19 years old — when I was working backstage for Fashion Week. I never got a chance to talk to him,” she said while making her way to greet the designer backstage.

See more celebs on the front row at NYFW.