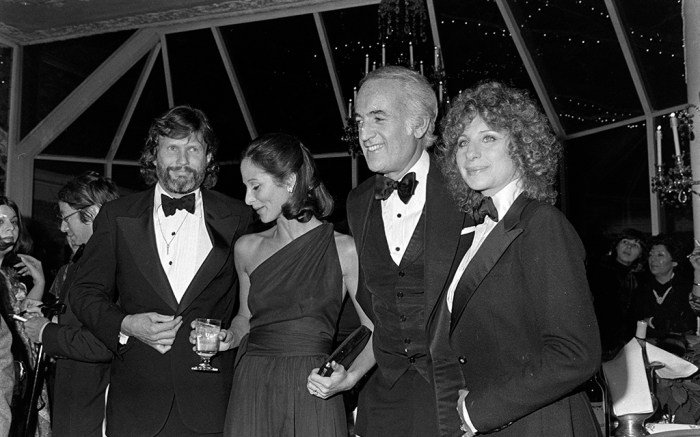 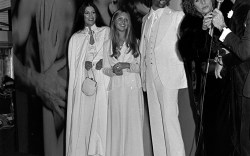 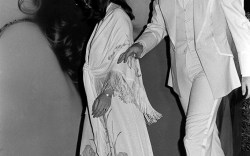 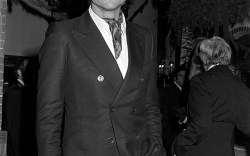 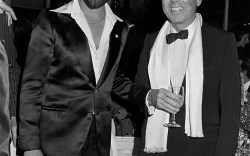 As Lady Gaga and Bradley Cooper jet across the globe promoting the updated version of “A Star Is Born,” the 1976 version of the film is having a second coming.

Starring Kris Kristofferson and Barbra Streisand, the film earned $80 million at the box office, making it one of the highest grossing films of the year.

The co-stars went for very different looks at film’s Los Angeles premiere, with Kristofferson clad in a light-colored suit and Streisand dressed in a dark, furry coat and gown.

At the New York premiere of the film, Kristofferson and Streisand went for more similar looks, twinning in tuxedos as they attended the premiere’s after-party at Tavern on the Green.

The EGOT winner co-wrote a song, “Evergreen,” for the movie’s soundtrack with Paul Williams — and the duo would go on to win an Academy Award for Best Original Song for the tune. “Evergreen” also became one of the biggest hits of Streisand’s impressive career.

The 2018 remake marks Cooper’s directorial debut and Gaga’s first time in a leading role on the silver screen — and it’s already earning high praise from critics and fans alike.

Of course, the Streisand-Kristofferson take on “A Star Is Born” was itself a remake of a remake. The original drama debuted in 1937 with Janet Gaynor and Fredric March in the leading roles, and in the 1950s, it was adapted into a musical, with Judy Garland and James Mason.

Click through the gallery to see more images from the 1976 premieres of “A Star Is Born.”