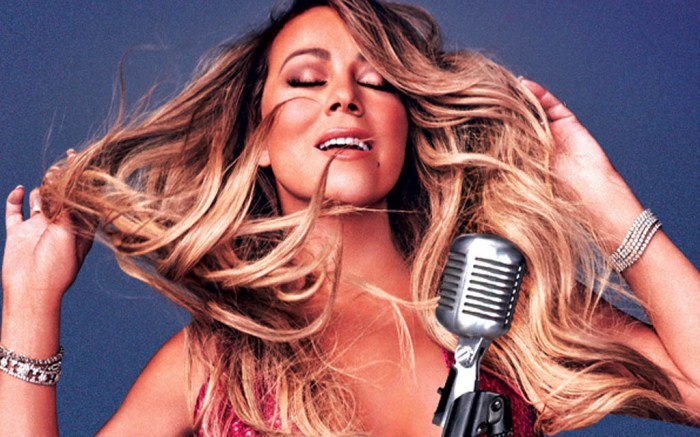 On Monday, to the delight of fans worldwide, Mariah Carey announced her next Las Vegas residency.

“I’m thrilled to be returning to The Colosseum at Caesar’s Palace with a brand new residency,” the singer tweeted along with a link to tickets and dates.

I’m thrilled to be returning to The Colosseum at Caesars Palace​ with a BRAND NEW residency, THE BUTTERFLY RETURNS, beginning July 5th! Fan Club presale starts Tue 5/1 before the public on sale this Friday at 10am PT! For tickets & all dates visit https://t.co/OHpG7pZ7iY! ❤ 🦋 pic.twitter.com/n0Xv3lXSK3

Carey confirmed that “The Butterfly Returns” is set to begin on July 5. This will be the 48-year-old’s fourth residency. Her last stint at the resort, “#1 to Infinity,” ran from May 2015 to July 2017. In a teaser image, the songbird is seen in a plunging sparkly dress and embellished sandals with stiletto heels.

Fans on Twitter reacted to the news with encouraging comments and words of excitement. “The QUEEN returns to her palace,” said user @Dedicated_to_MC.

Some responded with gifs and memes honoring the mother of two.

This summer’s lineup of shows will end on Sept. 10, just a month shy of her 10th headlining tour, “The Number 1’s,” which is slated to start Oct. 7 in Auckland, New Zealand.

It’s no secret that the “Butterfly” singer has a special place in her heart (and closet) for shoes, especially towering ones. She has also dabbled in the shoe business, debuting a lifestyle line with HSN in 2010 that included footwear, jewelry and fragrance products.

“It’s another creative outlet for me, something that I love,” Carey told FN at the time. “[The consumers] will really like the shoes. Even though we were thinking about comfort, they are still sexy and stylish.”

Naturally, her onstage costumes are not exempt from her shoe-centric mindset. Carey is known to perform in sky-high heels — with Christian Louboutins often in the mix — and is bound to step out in similar fashion for her next residency.

Check out some of her most glamorous performance looks over the years.