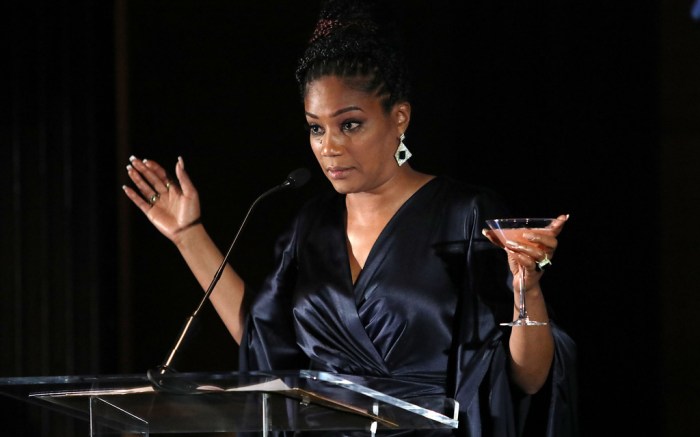 Haddish took home the award for Best Supporting Actress at the event for her role in “Girls Trip,” and she gave a hilarious acceptance speech.

“I want to look at the award and make sure they spelled my name right,” Haddish said, looking down at the award. “It’s right.”

Haddish’s speech was filled with jokes —”I had two, and I do feel like magic,” she said about the cocktails she consumed at the event. But Haddish also touched upon serious subjects in her speech.

“I think this whole business is about how you feel, what you put out to the world, and how you make other people feel,” she said. “When you feel good about what you’re doing, in my mind, it makes other people feel good.”

Saoirse Ronan, who won the Best Actress statuette for her work in “Lady Bird,” was also on hand for the event. Ronan went for a menswear-inspired look, wearing a Calvin Klein suit. The actress completed her look with hot-pink Christian Louboutin pumps and dark red lipstick.