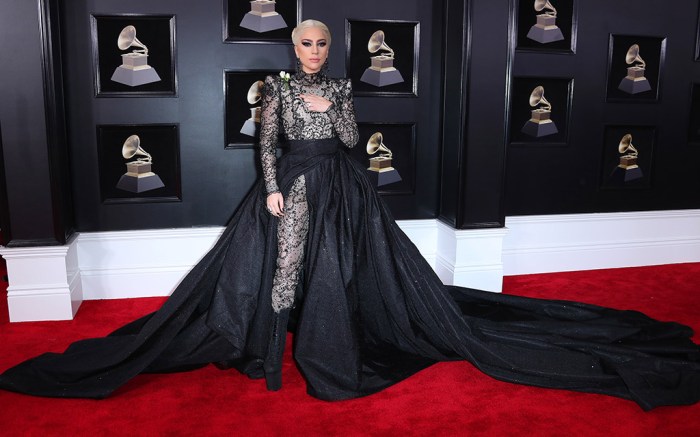 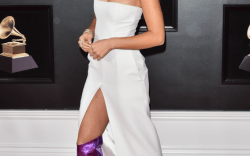 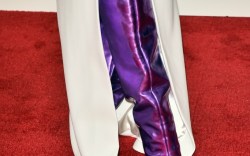 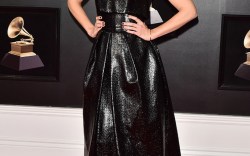 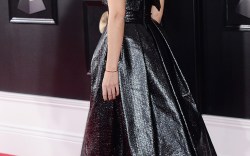 The coolest and craziest shoes hit the red carpet at the 2018 Grammy Awards, representing a number of different heel heights. As is her MO, Lady Gaga stole the show in a custom Armani Privé gown that touted a lace bodysuit and flowing black train. Also in accordance with the star’s usual styling aesthetic was her towering footwear, this year in the form of lace-up booties.

While Lady Gaga took the crown in terms of the highest heels, there were a variety of other heel heights on the carpet. Many celebrities opted for the traditional pump, such as Cardi B who arrived in Christian Louboutin. Rita Ora also went for Christian Louboutin pumps, choosing a black pair to set off her high-slit Ralph and Russo gown.

Outside of pumps, open-toe platforms were another repeated footwear choice. Andra Day’s ensemble provided one of the brightest looks of the night. Like Ora, the singer walked the red carpet in a high-slit dress and Christian Louboutin shoes. Her gown, however, featured a bold pink and red color block design in a tuxedo silhouette. Day’s red satin heels finished the colorful look.

Of course, mid-high heels were not the only shoe heights at the awards show. Some celebrities opted to step out in lower heights, namely statement booties. A metallic pair worn by Kesha shone under her navy pantsuit.

Click through the gallery to see all the heel heights on the red carpet at the 2018 Grammy Awards.