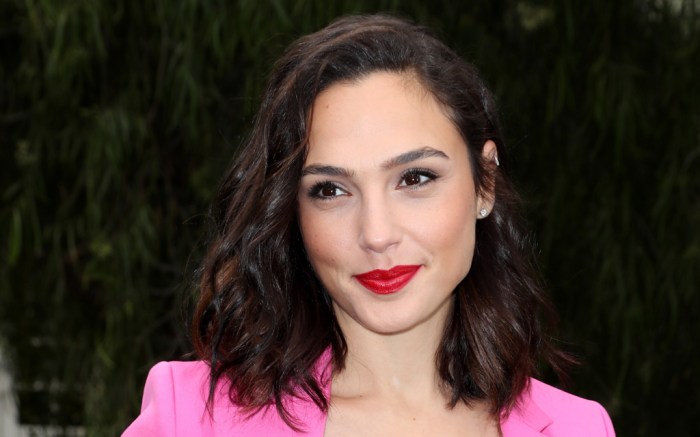 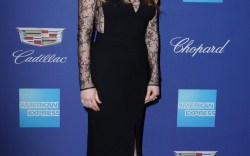 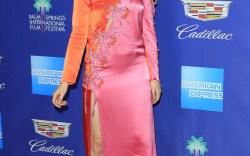 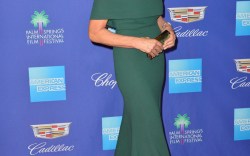 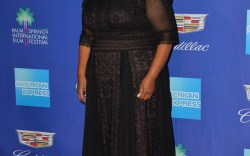 Gal Gadot stepped out in a pink pantsuit and bustier — paired with strappy nude sandals — in Palm Springs, Calif. today.

Gadot was on hand as Variety celebrated the Creative Impact Awards and its “10 Directors to Watch” — including “Wonder Woman” director Patty Jenkins — with a brunch at the Parker Palm Springs.

For the occasion, Gadot wore a chic bubblegum pink Oscar de la Renta look, wearing a blazer, wide-legged pants and a matching belt. She sported a raspberry bustier underneath, continuing the bold streak she began the night before, when she hit the Palm Springs International Film Festival red carpet in a canary yellow Esteban Cortazar dress.

Both today and yesterday, Gadot kept it simple with her footwear, opting for nude ankle-strap sandals by Stuart Weitzman. The simple sandals serve to elongate the star’s frame, while also allowing the bold-colored looks to shine.

Jessica Chastain was also in attendance. The “Molly’s Game” actress sported an ankle-skimming black and blue dress with a ruffled skirt and short sleeves. The dress featured silver buttons at the bodice and a flattering black band at the waistline. Like Gadot, Chastain kept it simple with her footwear, selecting black sandals.

While both women selected colorful ensembles, they might be opting for a more subdued colorway at the Golden Globes on Sunday. Actresses are reportedly stepping out in all black at the awards show in solidarity against sexual harassment in Hollywood.

See what Gadot, Chastain and more stars wore to the Palm Springs International Film Festival by flipping through the gallery.