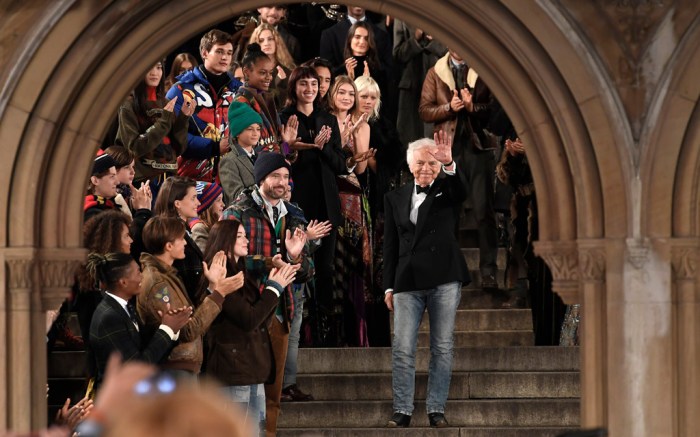 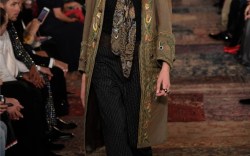 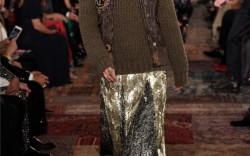 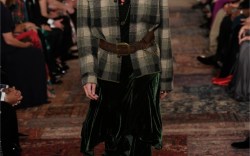 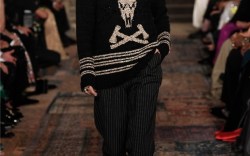 Aside from being the veritable Oscars of New York Fashion Week this season, Ralph Lauren’s runway show was a tribute to the iconic looks that the designer has created, all of which have cemented as the styles that define not just American fashion but the idea of an American lifestyle.

The designer celebrated his 50th anniversary of the founding of his company at Central Park’s Bethesda Fountain on Friday night with a star-studded dinner that included Oprah Winfrey, Robert DeNiro, Kanye West, Jessica Chastain, Anne Hathaway and Blake Lively.

On the runway, the designer ran through his greatest hits focusing on the most all-American looks, and the footwear was equally iconic. Here, a breakdown his most best, most classic shoes shoes for spring ‘19:

Many fashion folks argue that leopard is a neutral, and Lauren’s version, in a lace-up bootie, was his own palette cleanser of sorts for the dark tweeds and velvet separates that populated the collection.

… And Western boots for country

Southwestern and Western motifs are a staple of the Ralph Lauren world, conjuring a life of rustic leisure in Montana or Santa Fe. The designer brought that back for spring ’19 with Navajo jackets and sweaters and a few pairs of authentic Western boots, done in classic browns with light embroidery.

Riding boots for the equestrian

The equestrian aesthetic is another essential pillar of the RL world, and there was plenty of it here, in luxurious leather riding boots, decorated with bejeweled lizard brooches for a quirky-chic touch.

Evening sandals for the charity circuit

The evening looks were as plush as could be, in various shades of rich velvet, and the shoes were an equal match, done in gold embroidery, velvet and lizard skin, with a platform heel perfect for giving height to a gown.

Duck boots for the sportsman

Tory Burch isn’t the only designer with the L.L Bean look on her mind. Lauren showed a men’s version with a buffalo check on the ankle, styled with super-thick wool socks and rolled up jeans.

Tassel loafers for the academic

The essential preppy shoe made its appearance on the oriental rugged runway, complete with argyle socks and cuffed tweed trousers.

Nineties trainers for the Olympian

Ralph Lauren also paid homage to his ’90s-sportswear heyday with colorful trainers that looked equal parts vintage and modern, with thick white soles and red, white and blue color blocking that recalled all of the Olympic uniform designs in his catalogue.