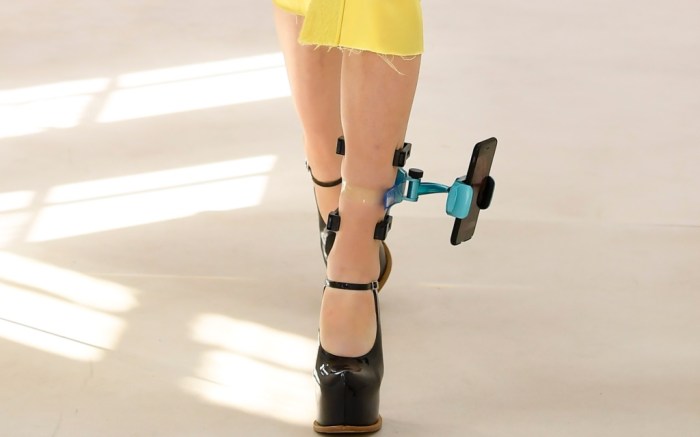 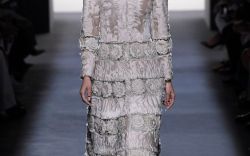 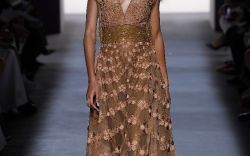 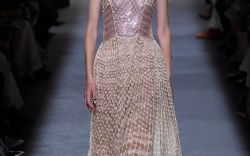 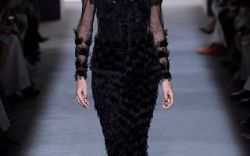 In a digital age of fast fashion and super-fast Wi-Fi, detractors are constantly questioning the relevance of haute couture. They debate the point of such a meticulous process of handcraftsmanship when the majority of hands are otherwise occupied swiping through Instagram with the alacrity of seamstresses in a sweatshop.

Today in Paris, on the final day of couture week, two designers made the case for couture from two completely different standpoints. First up was the Maison Margiela Artisanal Collection.

John Galliano affixed iPhones on miniature selfie sticks to his footwear; they livestreamed close-ups of the looks. In this case: silicone dipped platforms, latex-brushed Tabis and Tabi-style Mary Janes. There were also virtual reality headsets and bags with built-in iPads.

His point, as he explained in the show notes, is that while we’re busy roaming “the virtual reality of electronic devices and social media” and being “seduced by curated images of glamor,” we’re still aware of the illusory nature of it all. Hence, a need for the authenticity of the artisanal and handworked, aka couture.

Fendi trod a different path but arrived at the same conclusion. Who says technology and couture are mutually exclusive? Certainly not Karl Lagerfeld and Silvia Ventura Fendi.

The uppers were embossed in glossy layers of thermoplastic to mimic marble, malachite and mother-of-pearl. The overall effect? Neoclassicism meets cubism meets “Tron.”

Couture is alive and well. It’s just a matter of perspective. Click through to see the Maison Margiela’s collection and Fendi’s full couture offering.

These Tiger Appliqué Boots at Alexandre Vauthier Are Seriously Wild