The Most Avant-Garde Shoes at London Fashion Week Men’s 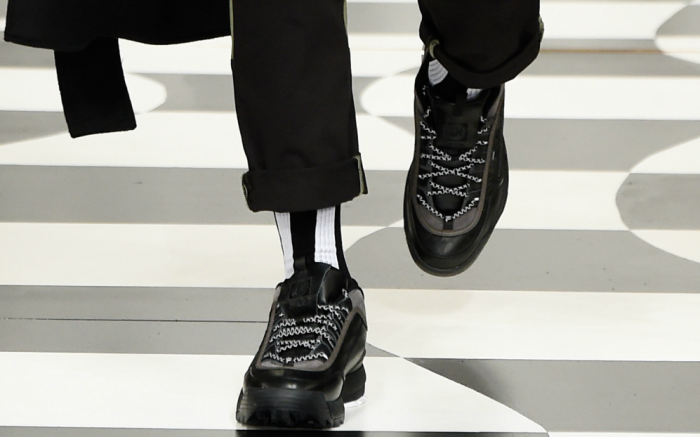 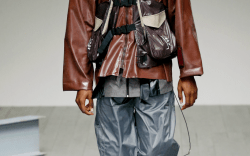 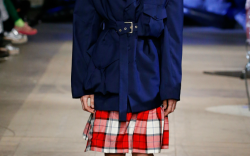 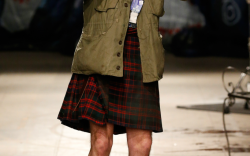 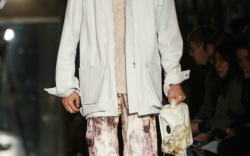 While it might have been missing big-name designers, London Fashion Week Men’s — which took place on Jan. 6-8 — stood out as a platform that gives space to the most creative and eccentric young labels. From Charles Jeffrey’s theatrical show, which blended flamboyant printed pieces with traditional Scottish ones, to Cottweiler’s rich, textured collection, designers adopted an anything-goes attitude that’s so representative of London.

Their eccentric approach also extended to the footwear — everything from high platforms to printed rainboots and customized sneakers made their way onto the runway. Here, we round up the most avant-garde styles of the week that are worth taking note of.

Charles Jeffrey, the most recent winner of the emerging men’s wear designer accolade at the Fashion Awards in London, put on an over-the-top, high-energy show where models entered screaming in disgust or gesturing with annoyance, while pretending to be fashion editors.

The collection was a celebration of gay culture in all its flamboyance, featuring body-hugging printed tops and leggings, and corsetry and balloon-sleeved shirting. The shoes embraced the same spirit: They came in eye-popping primary colors from bright blue to yellow and red, featured high block heels or platforms and big statement buckles. Among the standouts were a pair of yellow ankle boots featuring chunky heels and cutouts, as well as a pair of black and white leather brogues featuring high platform heels — the kind that Jeffrey is known to dance all night in during his infamous Loverboy parties.

To create the shoes, the designer teamed with Roker, a London-based shoemaker specializing in bespoke pieces, for the second time.

One of the most prominent names on the London calendar, Cottweiler is best known for its covetable streetwear. Last year, the label made waves for its collaboration with Reebok, yet this season it decided to take a more sophisticated turn, approaching sportswear from a more formal perspective with a collection rich in texture and patterns. Their focus on textural elements and strong color was also apparent in the accessories; leather brogues featured iridescent green and blue degradé leather, while trainers were made to look as if they were dripping with hardened wax, matching the leather bags, courtesy of Mulberry.

Liam Hodges thinks that adults need to have more fun, so he sent out a playful collection filled with childhood references such as smiley face-printed T-shirts, outerwear featuring squiggly children’s drawings and colorful knits. He paired his upbeat clothes with Fila’s Disruptor II premium sneakerboot — a chunky lace-up sneaker — from the brand’s ’90s archives. He worked alongside Fila to give the shoe his own touch, re-creating it in a more sustainable way using PU leather.

At A-Cold-Wall, Samuel Ross looked to workwear and construction uniforms for inspiration, exploring how he could “take something from a working-class context and place it into a gallery environment.” This resulted in loose nylon raincoats and tracksuits galore, worn with rainboots — a British footwear staple — which featured splashes of paint all over, resembling the shoes of a construction worker. The addition of the much-hyped A.C.W. logo is bound to create long waiting lists from fans.

Click through the gallery to see the coolest shoes from London Fashion Week Men’s.