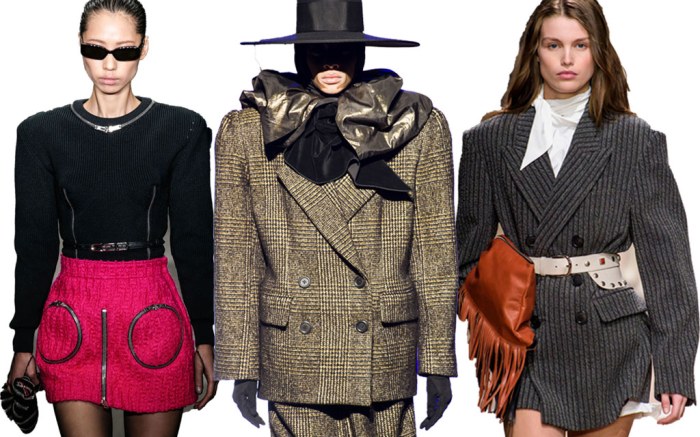 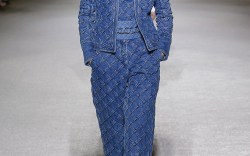 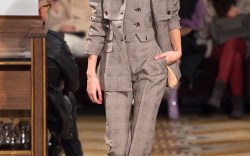 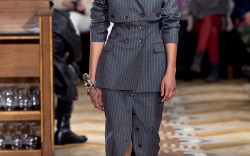 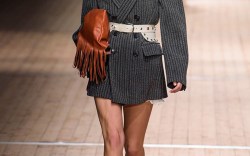 In the ’80s, a woman wearing a suit was a novel concept as “power dressing” first rose to prominence. Today, taking cues from menswear is all the craze as boyfriend jeans, oversized blazers and suiting for women have slowly but surely become the norm.

This “borrowed from the boys” trend was magnified at the fall ’18 Fashion Week shows around the world, in which a tribe of designers homed in on the authoritative aesthetic. As female empowerment and gender equality increasingly become a focal point, it’s the perfect time for the resurgence of the power dressing trend.

The concept of power dressing was originally birthed at a time when females, and especially female leaders, were just beginning to regularly enter the traditionally male-dominated workforce. Books like John T. Molloy’s “Women: Dress for Success” in 1980 provided a manual that was meant to be a guideline recommending gender-specific attire. The book presented women with a uniform of sorts that was intended to portray authority and, of course, power.

Key features such as large and exaggerated shoulders, tailoring, knee-length skirts and conservative colors (navy, gray, black) were intended to foster respect for working women. To complete the look, tights and pantyhose were a must, while pumps provided an understated footwear choice — Alexander Wang modernized the style at its fall ’18 show.

This new look was not initially an easy sell in the ’80s until the trend took off culturally. Shows including “Dynasty” and “Dallas” helped glamorize power dressing, as well as the 1988 film “Working Girl.”

Meanwhile, YSL’s Le Smoking suit was one of the earlier designs to the fashion craze, while designers like Ralph Lauren, Anne Klein and Giorgio Armani also presented power suits in their collections of that era.

Fast-forward to today, and even more labels are boasting the power dressing look. Since becoming the first female presidential candidate for a major party in 2016, Hillary Clinton’s nomination awakened a generation of voices who are, again, ready for a new tide in the typical workplace structure. Clinton’s book, “The Future Is Female” and her #ImWithHer campaign hashtags were burgeoning examples of the female-driven movement that is at the forefront now.

While strides have been made since the first iteration of this trend decades ago, the Time’s Up and #MeToo movements were bound to infiltrate today’s big fashion messages, bringing the power look back front and center.

As campaigns focused on women’s empowerment continue to shake up the entertainment industry and others, designers have captured and reflected the zeitgeist in their fall ’18 shows. Gareth Pugh, Marc Jacobs, Isabel Marant and Altuzarra were among many who got the memo.

See some of the best power dressing looks on the fall ’18 runway.