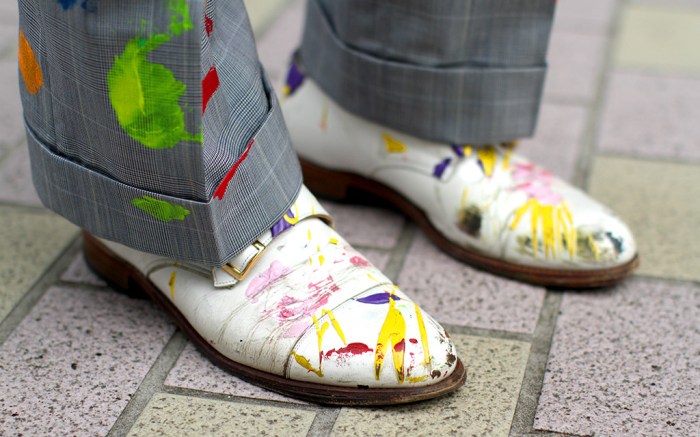 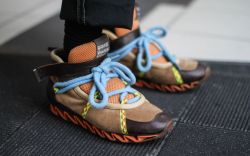 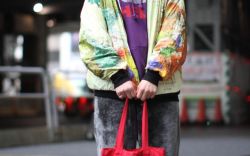 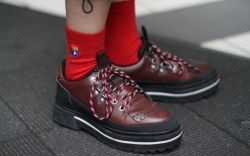 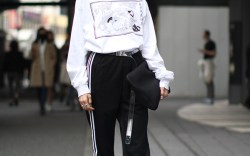 Countless innovative fashion ideas have been born in Asia and made their way westward. The March 19 kickoff of Tokyo Fashion Week’s fall ’18 shows proved the region’s advanced aesthetic once again. While street-style attendees were keen on looks that have notably been trending worldwide (the ’90s invasion and dad sneakers, for starters), fashion insiders in Tokyo took things up a notch.

Here are the three biggest shoe trends that dominated on Day One and are bound to run the streets until the week’s March 24 close.

One of the defining shoe brands of the ’90s decade was without a doubt Dr. Martens. As grungy became chic, the most dependable shoes for getting that perfect rough-around-the-edges look were these lug-soled laceups. As the ’90s reclaim the spotlight in today’s fashion industry, Dr. Martens is right back where it belongs to enjoy the ride.

With dad sneakers hitting the grounds at every fashion week around the globe this season, the hub of Tokyo was in alignment. Street-style attendees did not stop at a mere Louis Vuitton Archlight or Balenciaga Triple S, however. Instead, styles such as YRU’s glitter platforms and sky-high leather Balenciaga boots took the chunky-shoe trend to new heights.

In Milan, avant garde heels took over. The likes of feather-trimmed stilettos and glass-painted heels from Prada owned the cobblestoned streets. Tokyo’s answer to the artistic shoe concept? Kokon To Zai’s half-sneaker, half-sculpture hybrid, a museumworthy piece on its own.

Avant-Garde Heels Took Over the Streets at Milan Fashion Week