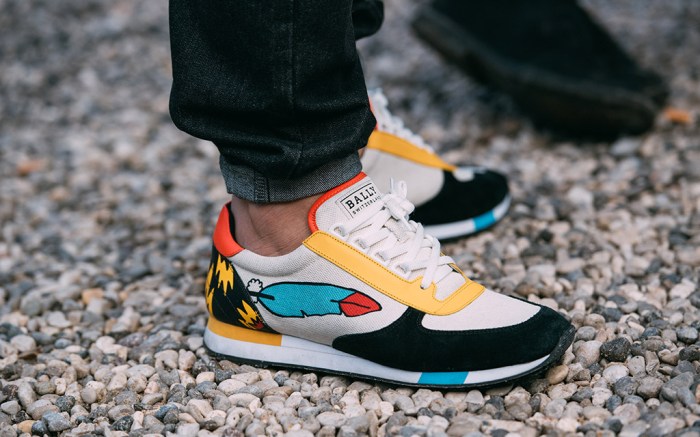 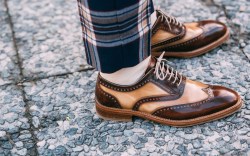 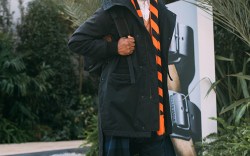 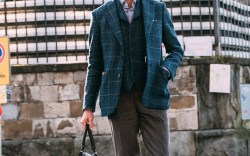 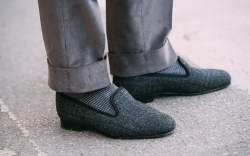 At Pitti Uomo, it’s a man’s world — in the sartorial sense, that is. The fall ’18 shows descended upon Florence, Italy, this week, prompting a flurry of tailored menswear looks and a host of impressive footwear. Between events, which ranged from Birkenstock’s collection presentation to a photo exhibition by Brooks Brothers, street style took its usual stance at center stage. Among the shoes, printed and opulent styles dominated the cobblestone streets.

Sneakers and loafers were the top silhouettes for attendees, a typical choice in men’s footwear. To differentiate, however, guests sprung for printed styles with bold patterns or decadent models with sumptuous fabrics. A pair of Prada loafers in rich burgundy leather could have been enough of a nod to luxury on its own, but fur lining and tassels took it a step further.

“Dad sneakers” found their way to Florence as well. A white leather pair from Gucci — $820 Rhyton sneakers, to be exact — brandished with the label’s ornate logo brought the trend to the next level.

Atlanta-based premium-goods brand Res Ipsa made its mark in both loafers and sneakers. Its signature Kilim styles featured multicolored canvases with a range of shades, including burgundy, pear green and bubblegum pink.

Etro and Off-White were among the mix of high-fashion looks, while Birkenstock represented the comfort brands. See more of the best looks and shoes by clicking through the gallery.