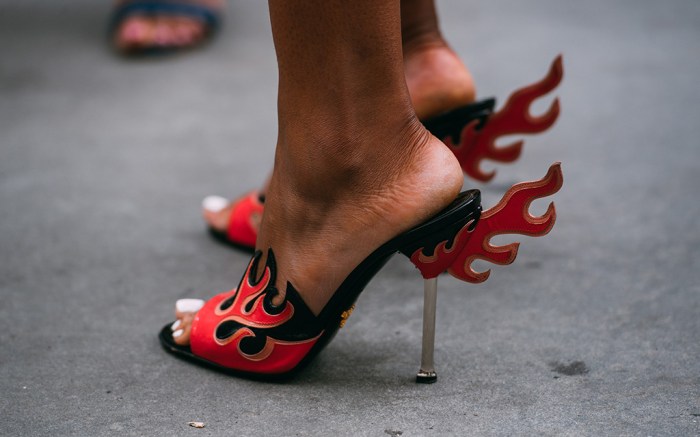 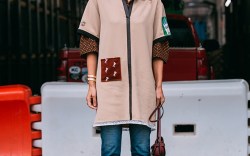 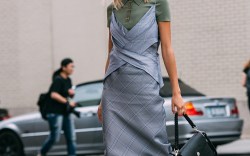 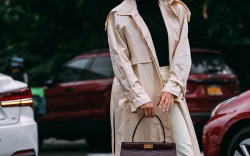 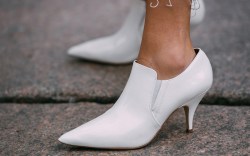 The fashion of decades past are back — just look at the streets of New York.

The ’80s, ’90s and even 2012 made a reappearance in the form of retro-futuristic footwear, with Prada’s iconic flame heels in sandal and wedge forms among one of the throwback styles getting their due.

Photographers were quick to capture the statement shoes, which were introduced less than seven years ago at Miuccia Prada’s spring ’12 show, “Women and Car Engines.” The aptly named “Hot Rod” pairs feature cut-out leather flames that trail from the heels, with their collectible-seeming status earning them a fanbase that includes footwear fanatics, fashion editors and A-list celebrities.

The latter chunky hiker-influenced sneaker boasts removable multicolor jewel-embellished straps on a blue, pink and gold metallic leather base, emblazoned at the tongue with the brand’s logo patch in the classic bold Sega font. Its oversized design, coupled with a rubber lug sole, even prevents Fashion Week attendees from compromising style for comfort.

Fishnet details (like on the Tibi pair below), Western booties and white shoes post-Labor Day also found their way to the front rows — all daring choices considering the city’s current temperamental weather. We can only expect to see more of these styles on the streets with fashion month in full swing.