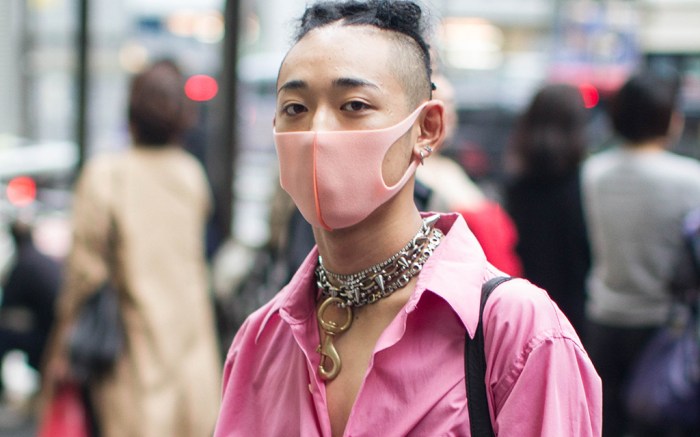 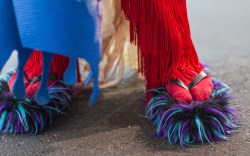 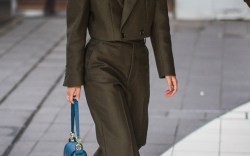 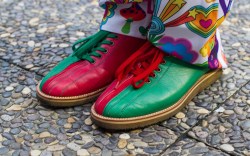 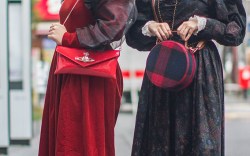 As quickly as the gender-neutral shift entered the fashion world as its latest forward-thinking trend, it has just as swiftly become the look of normcore dressing. Brands and individuals alike are embracing the concept, whether in kid’s footwear where a number of companies are addressing the movement, or even in celebrity wardrobes, with one such notable example being Jaden Smith’s knack for the unisex aesthetic. Elsewhere, as the balance of the industry continues to solidify its stance on binary design, Tokyo boasts a firm footing — the city’s best street style from its spring ’19 edition of fashion week (which continues up to Oct. 21) exemplifying total gender-neutral dominance.

Palazzo pants and colorful prints were key aspects in the Japanese capital’s top ensembles, while booties and sneakers anchored many of the outfits in terms of footwear. One attendee completed his fruit print turtleneck and flared-legged jeans with inconspicuous black booties for a look fit for male or female, highlighting no major identifying details of one gender or the other.

Blazers and platform shoes were another trick-of-the-trade for fashion week attendees. One guest’s leopard print blazer (sans shirt) was paired with nylon hammer parachute pants and sky-high boots — a shoe style reminiscent of what Vivienne Westwood served up on shirtless bodybuilders this past Paris Fashion Week.

The minimalistic take on binary dressing was present as well. Namely, the white shirtdress spotted on another spectator which was so oversized and elongated that it hid his shoes. Based on the chunky, gold New York chain hanging around his neck, potentially Timberland boots were lingering under the cloak.

To check out more of the best street style at Tokyo Fashion Week, browse the full gallery here.