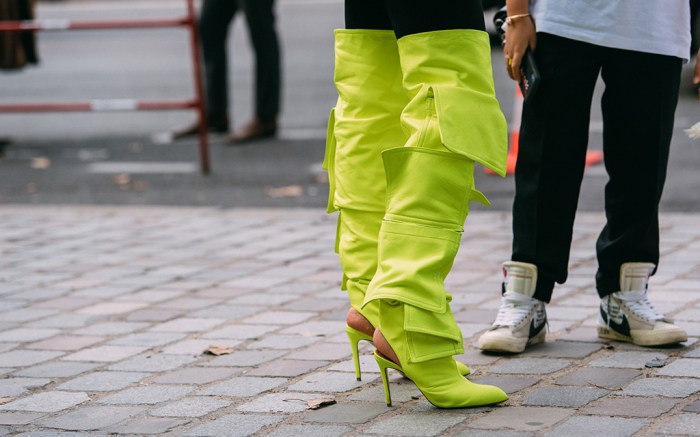 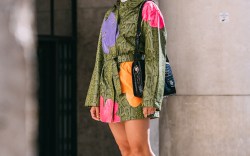 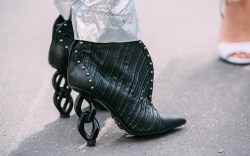 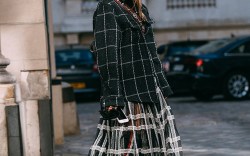 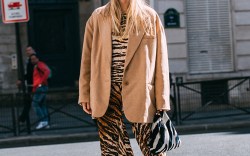 What happens when art meets fashion?

That’s a question to be answered on the pavements of Paris Fashion Week, where showgoers anticipating the spring 2019 season have been stepping out in recent days in sartorial experiments from translucent gemstone heels to wave-shaped soles.

In the City of Light, trendy fashion manifested itself in ornamental yet surprisingly wearable shoes. Example: ever-cerebral Belgian designer Dries van Noten’s shoes — which at first glance appeared to be a white pump but actually boasted a bejeweled sapphire heel at the back.

The pair was one of many standouts on the street, including Balmain’s black leather booties with their chain-linked heels and a PVC-encased metallic number from Maison Margiela.

But the fancy footwear didn’t stop there; even the dad shoes got their own upgrades. Louis Vuitton’s chunky kicks were reimagined as an ankle-hugging bootie — a hybrid between a fashion-forward sneaker and a fail-safe boot.

Gucci also saw two of its retro-futuristic iterations, the Rhyton logo sneaker in hot-pink leather and the Flashtrek with their removable crystals, proving the lasting stylistic influence of the bulky ’80s-inspired sneaker.

As for the season’s other coveted trends, the crowd was inundated with neon hues, socks and heels, Western boots and fur-lined mules. Mismatched prints and eye-catching fabrications also found their way to the front rows — arguably turning just as many heads as the runways themselves.

Click through the gallery to see more of the best street-style shoes at Paris Fashion Week’s spring ’19 season.