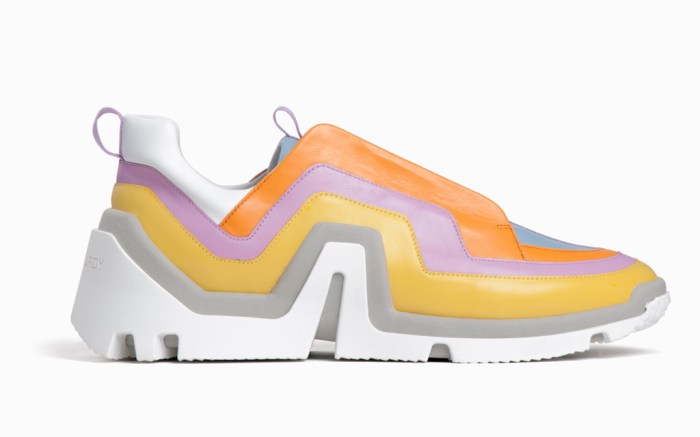 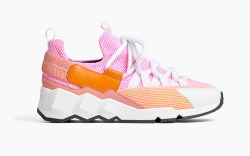 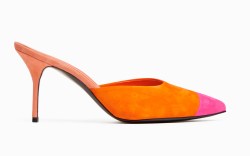 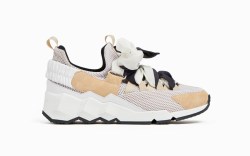 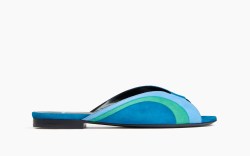 As the designer sneaker business becomes more and more saturated, it can be difficult to stand out.

At Paris Fashion Week today, Pierre Hardy launched several new graphic women’s kicks for spring ’19 that will inject a dose of freshness into the crowded market. The styles, called the Vibe and Street Life, are already available in the men’s collection, and the designer now is introducing new color combinations in women’s sizing.

Hardy, who entered the luxury sneaker game long before the category hit the mainstream, said it was a no-brainer to expand the women’s offering. “Sneakers are like skin cream — they can take 10 years off your life,” the designer said.  “This is what people want to wear.”

The Vibe’s graphic sole was designed to evoke the levels of a sound curve, while multicolored leather cuts at the top of the shoe pop in bright hues or softer pastel tones. The second style, Street Life, is Hardy’s tribute to the song of the same name by the Crusaders. The style plays into the chunky sneaker trend, emphasizing the angular midsole.

While sneakers were certainly a standout this season, Hardy also delivered striking sandals, ballerinas and kitten heels that were adorned with oversized floral buckles. The flower motif was also incorporated on the platforms of higher-heeled looks.

Meanwhile, colorful stripes accented some of Pierre’s key classic styles, including flats, mules, pumps and even a Birkenstock-inspired slide.

“Designing sunglasses is so different from designing shoes,” Hardy said. “You have to be so much more precise because of the way they sit on your face. “