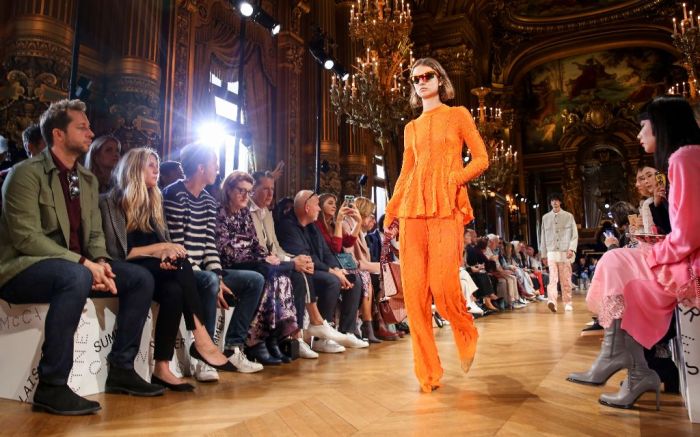 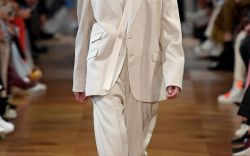 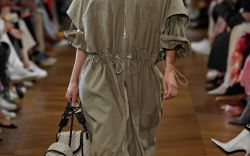 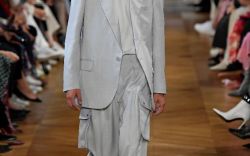 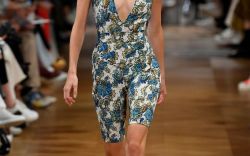 Leave it to Stella McCartney to find the unexpected in the most seemingly mundane or passé of things, throw it together and make it cool again.

The soft leather flats were relatively simple, done in black, white and metallic satin with a dainty tie accented in a delicate metal chain across the upper, and also shown in a white or neutral woven leather. But what made them so cool and fresh was the way they were styled with an assemblage of thoroughly modern silhouettes.

There was a series of sleeveless onesies done in printed florals and with a biker short silhouette, which gave the ballet flat a sporty — not dancerly — vibe.

McCartney also showed the flats with a variety of separates, many done in the relaxed silhouettes that she has become known for in the past few years. There was a diaphanous tiered-chiffon dress in a mint green floral print, shown with a printed flat. And there were menswear trousers, paired with a floral bodysuit, and even tie-dyed and bleached-denim pieces that added to the breeziness of the collection.

Of course, there were also sneakers, but they were relegated to menswear only, which showed alongside the womenswear. They weren’t the vegan Stan Smith that the designer recently debuted with Adidas, but the athletic shoes were still all-white, with the addition of a grooved rubber toe cap.