Altuzarra’s New Spring 2019 Heels Are Meant to Be Heard 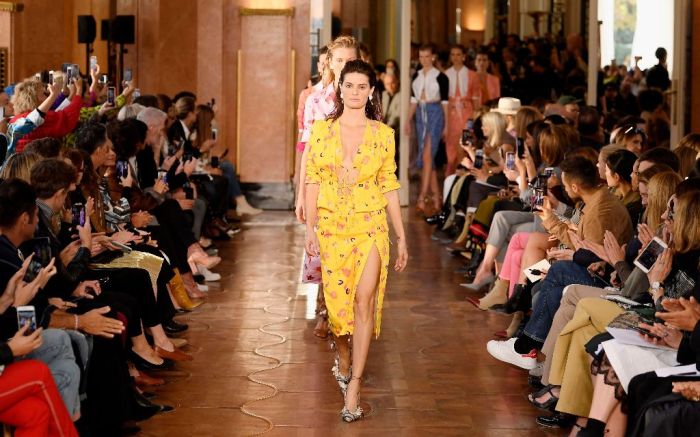 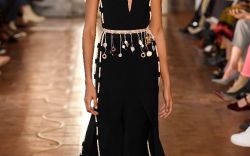 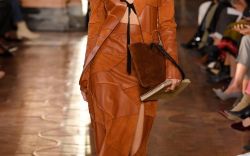 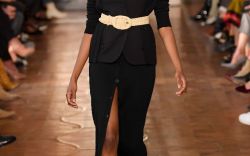 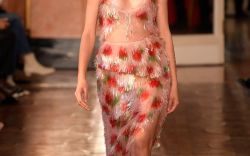 Joseph Altuzarra cited films like “Cinema Paradiso,” “Stealing Beauty” and “Call Me By Your Name” as inspiration for his spring ’19 collection, which he showed in Paris on Saturday. “I wanted to capture the feeling of being in love during the summer — of happiness and elation, but also of vulnerability and fragility, and the inherent tension and thrill that comes with first love,” he said in his show notes.

What came from the inspiration was an ultra-romantic collection of looks that were delicate and detailed all the way down to the shoes. Altuzarra noted the “lush and dazzling” garden and the “sound of waves,” and those ideas translated to bright, floral and crocheted dresses and feminine pumps, wrap sandals and flats decorated with tiny shells that clinked as the models made their way down the runway at the elegant Hotel Potocki.

Shells are a recent trend in both fashion and fine jewelry, and the tiny accents gave Altuzarra’s footwear a delicate effect. The designer also applied the oceanic treasures on a handful of crochet dresses and a series of belts, all of which made some noise.

There was also a series of less noisy but equally delicate flat pool slides done in the same brightly colored florals as the opening dresses, which were paired with plastic paillette-accented two-piece crop tops with cutout shoulders and midi pencil skirts that were both playful and equally as romantic.

See more styles on the runway at Altuzarra’s spring ’19 show.