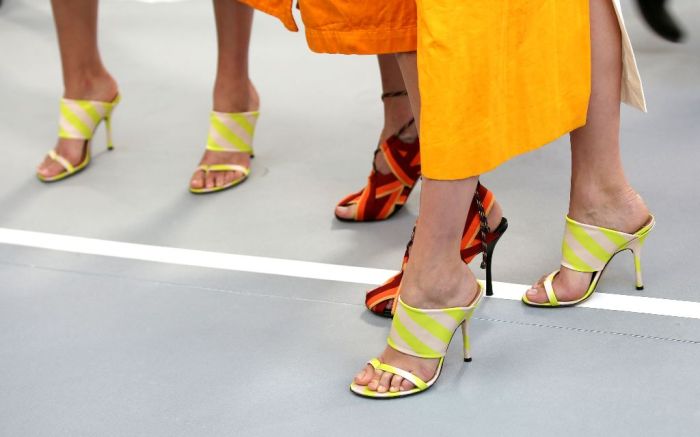 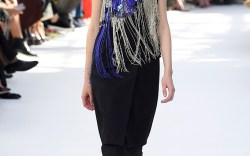 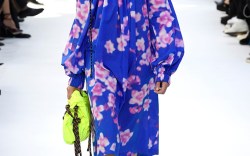 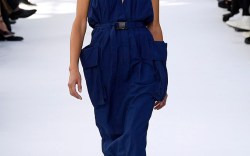 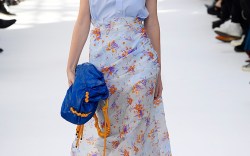 Neon may be the color trend that is dominating spring ’19 collections so far, but there is another bright, buzzy hue that will be everywhere next year, and it was a major player in Dries Van Noten’s Paris Fashion Week spring ’19 show on Wednesday.

While the entire collection was filled with a variety of colorful looks (as is typical of the brand), bright, punchy yellow was featured in a majority of the show. Weaved through the collection in everything from skirts, coats, bags and shoes, it became the neutral to the rest of the colorful, print-heavy pieces, which focused on cyan blue, kelly green and black and white stripes.

Aside from yellow, shoes came in many stripes, especially black and white. There was also a black and blue striped flat sandal that bore a striking resemblance to a Birkenstock.

The color was also one of fall ’18’s biggest trends, and its appearance at Dries Van Noten proves that it shows no signs of slowing down. It also showed up at the typically neutrals-only Max Mara and in various shades at Versace’s neon-heavy spring ’19 collection.