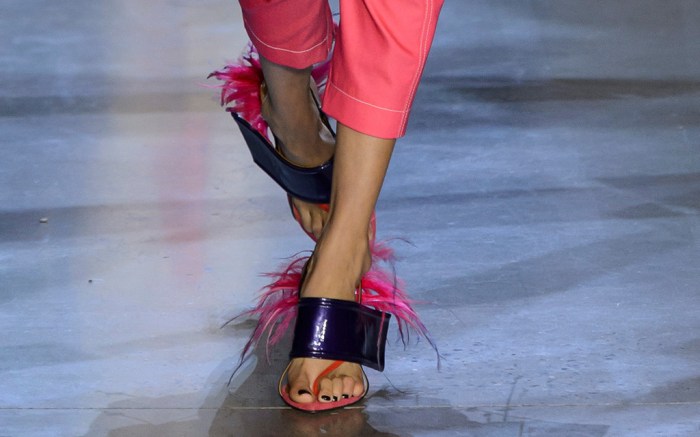 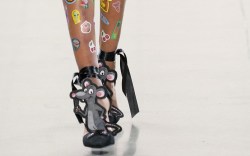 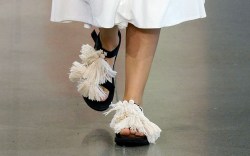 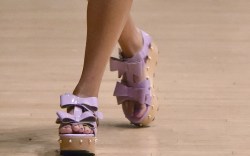 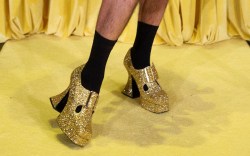 This addition of New York Fashion Week was a whirlwind of parties, celebrity spottings, and of course, fashion shows. But the true headline-makers this time around were the spring ’19 shoes that went outside the box.

Many designers stayed true to their core aesthetic and the typical spring styles, while others took it a step further. Libertine, for instance, sent some fun and whimsy looks down the runway, including ankle-tie pumps decorated with cartoon rats and lobsters.

Tabitha Simmons, who collaborated with The Brock Collection for a spring capsule, designed an eclectic array of mules that made a major statement on the runway at NYFW. Some were adorned in beads and in tweed, with others in oversized bows and dramatic feather detailing.

Prabal Gurung also made quite the statement. The designer showed the most colorful spring shoe collection so far, which included hot pink and purple sandals with feathers and yellow patent leather heels, which were all detailed with exaggerated straps.

Other designers that had some of the most expressive shoes for spring included Sies Marjan, Proenza Schouler, Marc Jacobs and more.

To see all the craziest shoes at New York Fashion Week for spring 2019, click through the gallery below.

5 Sneaker Styles That Stood Out at New York Fashion Week