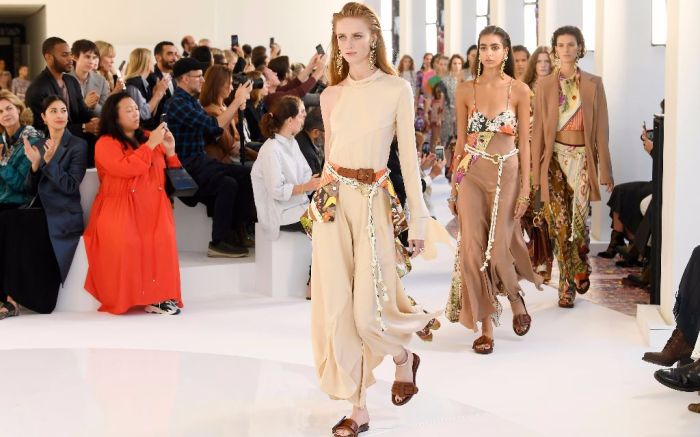 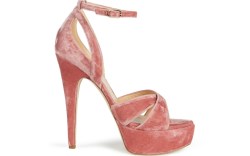 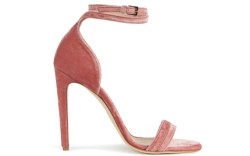 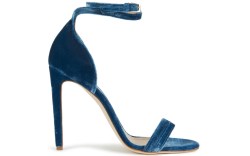 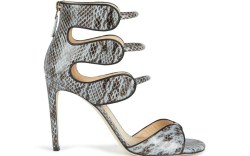 The spring ’19 season has seen many copies and collaborations of both the Birkenstock Arizona and the Teva Universal. The two once-maligned comfort sandals have become the footwear du jour of the fashion set over the past few years, but the admiration has reached its peak this year on both men and women and on the runways and streets alike.

Chloé creative director Natacha Ramsay-Levi could have easily gone with her own version of the Arizona or Universal, especially given her sporty-tech tendencies, which were on full display during her time at Louis Vuitton. They have slowly but surely crept their way into her footwear at the more bohemian Chloé (most notably with her introduction of a sneaker at the brand early this year).

But instead of doing an homage at today’s spring ’19 show in Paris, the designer created her own versions of comfort sandals. Keeping a soft molded footbed as the foundation, Ramsay-Levi experimented with different uppers; the most obvious was a coated leather wrap sandal with a silver buckle detail and toe strap that elevated the orthopedic silhouette.

The second style had only leather cord as the upper, wrapped between the toes as a thong and around the ankles, with a leather tab on the heel to hold the cord in place. The lack of structure on the upper made it less convincing as a true orthopedic shoe, but for anyone who has experience foot exhaustion at, say, Coachella, it was an attractive alternative to a fully flat sandal or sneaker (especially with the yellow-to-orange ombré effect on the molded footbed). The shoe was paired with a very West Coast-looking tie-dye T-shirt and fringed textile miniskirt, accented with long leather cord belts, which appeared on many of the collection’s looks.

Ramsay-Levi also introduced a chunky sculptural heel, which was done in both embossed croc and cork for a lighter feel. Many featured the same silver circular buckle hardware, and colors included earthy browns, a gray and white abstract print and a standout purple fuchsia hue.

Jewelrylike embellishments also made an appearance on a few pairs of sandals that had an updated gladiator silhouette, which also featured a curved footbed.

There was a lot of new hardware for the brand everywhere, including a new C logo on bags of all sizes, done in signature gold tone but also in an inlaid turquoise-color stone on an abstract cow print bag — all details that are sure to become highly coveted in Chloé’s long tradition of cult handbags.