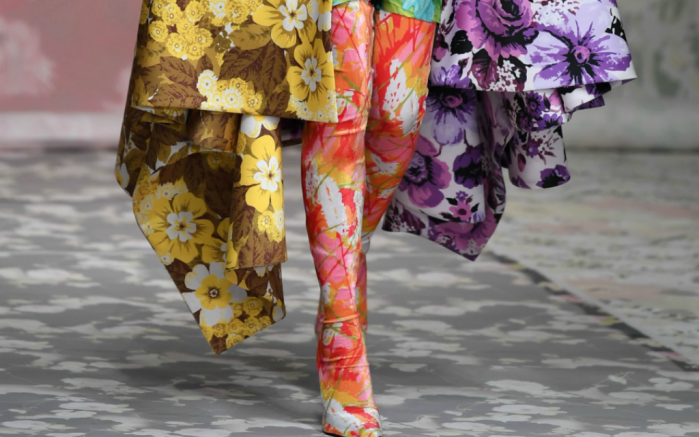 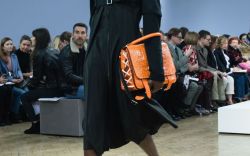 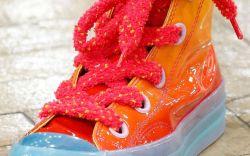 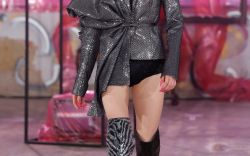 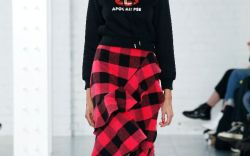 In a fashion first, the designer scored the presence of Queen Elizabeth II on his front row. She was there to present him with the inaugural Queen Elizabeth II Award for Design. He prints his fabrics in-house, and if these thigh-high boots are good enough for Her Majesty, they’re certainly good enough to be crowned No. 1 in FN’s top ten shoes of London Fashion Week.

Can’t decide between a black or a metallic zebra print boot? No problem. Christian Louboutin’s footwear collaboration with London bling king Michael Halpern is the perfect solution for option paralysis.

Malone Souliers’ latest footwear collab with Roksanda Ilincic — ultra-fine nappa leather boots with stiletto heels — marked a real return to elegance. But who says elegance has to be boring? These sunshine yellow versions are sure to chase away those winter blues.

Ruffles and round fluted heels recalling the china collection in a grand British country manor were eccentric yet gorgeous. And as the brand has moved to a consumer-facing model, you can also buy them in-store right now.

Inspired by American showgirl Adele Astaire, who married into the British aristocracy and decamped to a remote Irish castle, these cutout brogues are part posh, part polka — especially when teamed with spotted hosiery.

Nicola Formichetti’s maximalist Converse/Hoka One One high-tops are guaranteed to bring out the ’90s club kid in all of us.

The other Converse collab of London Fashion Week could have made it into our top 10 for the laces alone. What’s not to love about mismatched terry toweling fabric? The orange plasticized take on the Chuck Taylor isn’t half bad either.

There’s just something about these cutout boots by hip London duo Marques’ Almeida.

See more images of the best picks from the runway at London Fashion Week.