Why It’s So Important to Support Black Footwear Designers 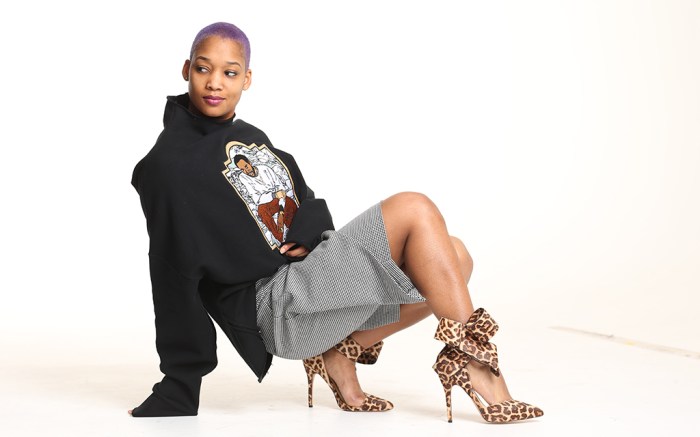 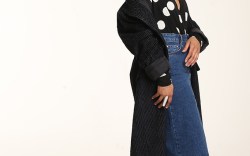 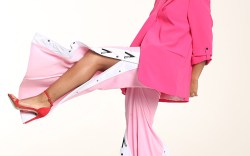 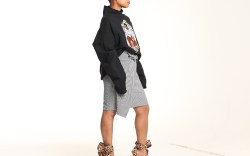 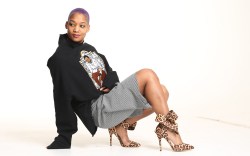 Inclusivity is something that’s long overdue in the fashion industry, but as it increasingly becomes less of a buzzword and more of a mandate, the underlying question still remains: We preach inclusivity, but is it actually being practiced?

Several major retailers have been aired out for racial oversights in the past month alone: H&M and Amazon both started 2018 with their own race-related woes, indicating that the conversation on inclusion is still mostly just that — a conversation. And based on the fact that brands are scrambling to clean up insensitive campaigns and misguided products rather than engaging or hiring people of color, it’s evident that there’s a need for inclusion by action.

“A lot of stores said no. The first [one] that opened up their space to me was a lingerie store, so I was selling boots with bras. I was just about to quit. I literally had, like, $16 in my bank account and that weekend I sold $20,000 worth of shoes,” recalled Jessica Perdomo of J.J. Gray.

The designer hails from a family of Dominican immigrants, her lower-middle-class upbringing eventually fueling her entrepreneurial drive. Despite working “three times as hard” to build her company — an all too familiar tale many people of color can attest to — she wouldn’t trade that experience for anything because she believes in the power of building within the black community.

“I wasn’t really seeking anyone’s validation. I was afraid to start a company — no one really mentions entrepreneurship at the dinner table — but I definitely wasn’t trying to be in with the crowd,” she said.

Whether it makes more sense to reach outside of the black community or support each other internally, the case can be made for both in highlighting black design. Either way, now is a pivotal time to celebrate and embrace our differences, as opposed to alienating each other, in order to promote equality.

In honor of Black History Month, I spent a day in Perdomo’s shoes — literally — and other styles from five additional black shoe designers, and I asked each one what exactly inclusivity means to them and what the industry can do to answer the call. As for apparel, black fashion designers Olivia Anthony and Pyer Moss came to my aid. So with their designs and pieces from my closet, I styled myself in nine looks featuring footwear from each shoe brand.

“Inclusivity is so important for the representation of what the world actually looks like. The melting pot of creatives from all over the world are important in the visions that are displayed through advertising and marketing campaigns. When I think of inclusivity, I think of depictions through the lenses of a child’s mind. Inclusivity allows for every culture, race and gender to have a voice, and that is vital, especially in the climate of today’s times.”

“I know the fashion industry is starting to pay a bit more attention, this will help organically foster and grow many new designers that aren’t privileged to be granted access to certain top-tier outlets. Stylists, like myself, play an important role in introducing new designers to the world through our clients. The more inclusivity we have, the better exposure we are allowed to display their talents to the masses.”

“Inclusivity is not really something that I think about, mostly because in my experiences I’m always having to make or find my own way no matter what. In my opinion, (in no particular order) Adidas, Giuseppe Zanotti, Manolo Blahnik, Jimmy Choo and Nike are current examples [for including black voices].”

“I think that this is already happening, but it’s not talked about or recognized. People like Edward Enninful, editor-in-chief at British Vogue, and Elaine Welteroth, who was at Teen Vogue, [are] examples of this.”

“I’m still trying to figure out what it means to me. I’d like to think that those lines are being blurred. This is why I made the decision to make J.J. Gray a unisex brand. We start at size 34-48 (some NBA clients).”

“I would like for there to be a time where we aren’t seeking validation from the industry, where we strategically foster and support our own communities so that our future isn’t in the hands of someone else. Instead of wanting to be included, I think most people are kind of trying to do their own thing.

“I’m going to say something that most might not agree with. Are you ready? Black communities need to support the talent that comes from within black communities. In an industry that’s so hard to break into, we have decided to voice our opinions by starting our own brands. But I’d like to see more celebrities on the red carpet supporting us. Why are Jay-Z and other artists shouting out Tom Ford on the red carpet and their stylists aren’t looking at our brands?”

“Inclusivity means giving greater priority to those groups that have been historically marginalized. Those include women, the handicapped, the disabled, elderly, and racial and ethnic minorities. Corporate action should lend greater sensitivity and acknowledgement in regard to strategy, policy and tactical execution to reflect an inclusive environment.”

“What generally precludes design talent from within black communities being revealed and subsequently embraced by the industry is the lack of financial resources to develop product, market and socially promote their designs. Competitions offering exposure and financial rewards to talented design teams have been effective. Access to industry conferences and events where design talent can network with seasoned professionals and influencers is beneficial. Incubators such as those used in the technology industry might also be effective if the focus can be placed on design talent specifically from underserved communities.”

“Christian Siriano is a company that I feel actively tries to include every single voice that wants to be heard in fashion, and they do so with elegance and glamour. I will never forget the time when no luxury fashion house was willing to style Leslie Jones for her ‘Ghostbusters’ premiere, and Christian Siriano broke through the clutter and came to her rescue. I pride him for supporting all women no matter their race, size or age.”

“To me the ‘inclusivity’ term does not mean much — I think we have always been a part of fashion just without major recognition. As of right now, we are getting a chance to be known on a bigger scale. This new generation of designers are no-holds-barred. We are knocking down doors, breaking barriers, making a name and leaving a mark.”

“The industry can foster and support design talent of black communities by offering more avenues for new talent to grow, learn, see and be a part of what it takes to be successful (accountability classes, mentorship programs, affordable workshops, field trips and seminars). In a world where everyone is tech savvy, possibilities are endless.”

JH: “Everyone deserves a shot. You can get so easily labeled in this industry. People will put you in their own category, formulating their own opinions of you.”

JH: “Actually taking notice and supporting artists. Everyone is so hooked and set in their own ways for everything.  It’s almost impossible to get a shot and have a door open for you.  But, staying true to who you are and keeping the faith will give you endless success if you stick with it.”

ES: “At this time, in my opinion, there is no particular brand that has consistently incorporated minorities as a part of their fashion/design process. I truly believe that as minorities, we have a lot of growth to do in this area. Jason and I hope to one day be leading examples of the change we would like to see in the fashion industry. We are very hopeful that our journey and story will help many designers and entrepreneurs go after their dreams and never give up!”

Check out all of the photos and looks by clicking through the gallery of styles.