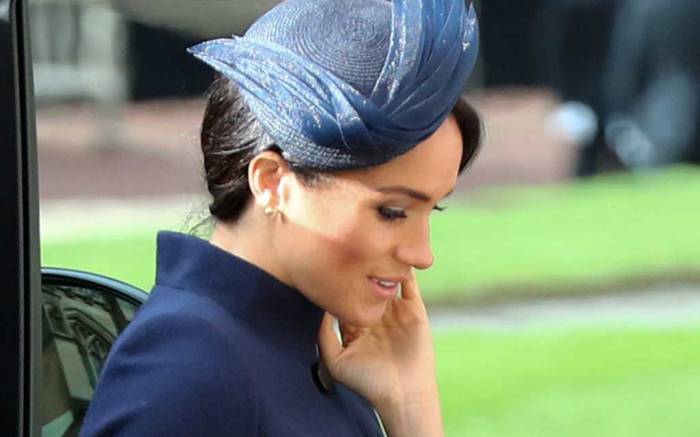 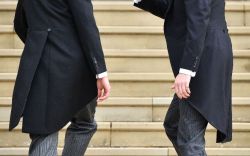 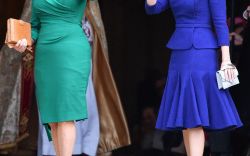 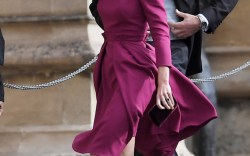 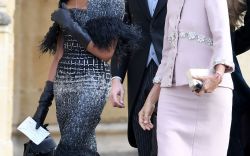 Today at Windsor’s St. George’s Chapel, all eyes were on the Duchess of Sussex. Meghan Markle wore Givenchy for Princess Eugenie’s wedding. The duchess chose Clare Waight Keller, the designer behind her own wedding dress, for today’s nuptials. It came as no surprise as Markle has often turned to the British designer since marrying Prince Harry in May.

But while Markle was the epitome of elegance, it was immediately apparent that she had deliberately kept her look low-key so as not to eclipse the bride.

Her navy coatdress, with its asymmetric buttoning, was a Givenchy signature but a far cry from some of the more outré looks that Waight Keller sent down the Givenchy runway during Paris Fashion Week this month.

The duchess teamed her Givenchy look with matching navy pumps by Manolo Blahnik and a fascinator hat by the milliner Noel Stewart.

Princess Eugenie is the younger daughter of the queen’s third child, Prince Andrew, and his ex-wife, Sarah Ferguson. She is ninth in line to the throne. The princess is marrying Jack Brooksbank, drinks executive and brand ambassador to George Clooney’s tequila, Casamigos.

The couple followed in the footsteps of Meghan Markle and Prince Harry for the location of their wedding in St George’s Chapel. The Duke and Duchess of Sussex chose the same venue for their own wedding in May.

Click through the gallery to see all the guests at Princess Eugenie’s royal wedding.