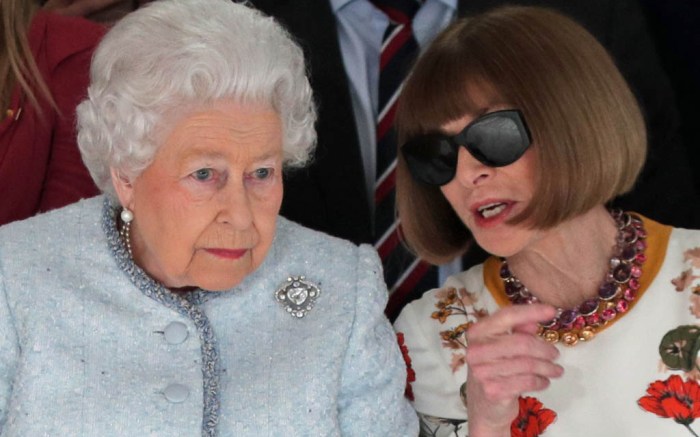 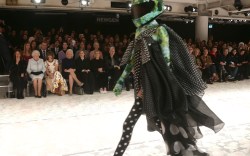 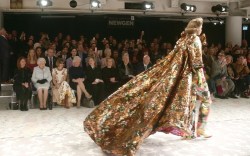 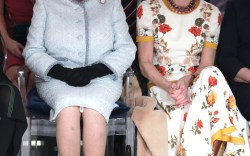 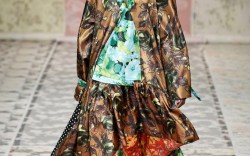 Following the show, Her Majesty presented London-born Quinn with the inaugural Queen Elizabeth II Award for British Design. The award, initiated in recognition of the role the fashion industry plays in society and diplomacy, will be handed out every year by a senior member of the Royal Family to an emerging designer.

“It’s a great pleasure to be here in London Fashion Week today,” said Queen Elizabeth II. “From the tweed of the Hebrides to Nottingham lace and of course Carnaby Street, our fashion industry has been renowned for outstanding craftsmanship for many years and continues to produce world-class textiles and cutting edge practical designs. As a tribute to the industry and all those who have contributed to British fashion, I would like to present this award for new young talent. I would like to thank the British Fashion Council for selecting the first winner, Richard Quinn.”

“The recipient will show exceptional talent and originality, whilst demonstrating value to the community and/or strong sustainable policies,” the British Fashion Council said in a statement. It was Her Majesty’s Personal Adviser, Angela Kelly, who came up with the idea of the Award. Kelly has orchestrated the Queen’s wardrobe for over 26 years.

Quinn is known for his printed designs — not least his boots — and has already collaborated with global stores such as Lane Crawford and Matches. However, he has also created his own print studio, offering high-quality, price-accessible services to fashion students and his peer group and even doing sampling services for Burberry and JW Anderson.

For fall, Quinn’s collection featured a series of looks constructed entirely from scarves and some of the models even wore multiple headscarves, completely obscuring their faces.

“We did add a few extra ‘Queen’ touches [when we found out about the award],” Quinn admitted after the show. “It’s meant to be like a tongue-in-cheek take on the [Queen’s] Balmoral [look] done in a lighthearted way. She was definitely an inspiration.”