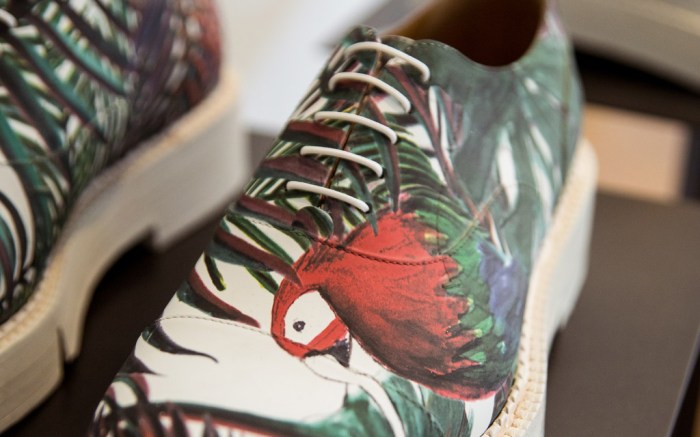 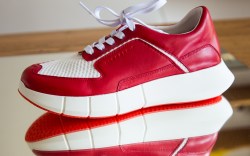 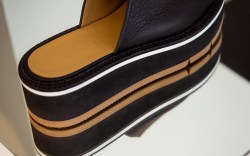 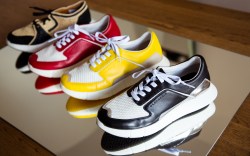 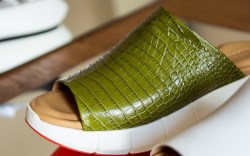 Drawing inspiration from the oeuvre of artist Andy Goldsworthy, who creates sculptures out of natural phenomena, Clergerie’s David Beauciel went back to nature for spring ’19, from this use of organic forms and colors to comfort, lightness and the notion of barefoot luxury.

Sneakers came in rounded, amoebic shapes with new articulated soles done in EVA while runner sandals had insoles made of memory foam so they mold to the individual shape of the foot. Raffia brogues came with micro block soles that were super-light and articulated to boot.

Elsewhere, a more literal interpretation of the theme was a derby featuring a bird of paradise motif. It was created via an innovative coloring technique, the different shades generated by the reaction of a chemical dip on differently treated areas of leather.

While there’s always been a proportion of crossover in men’s and women’s, this season, for the first time, this stands at 100 percent. “Of course the fitting, the sizing and the last is different in the women’s collection, which is also a little wider with more colorways,” CEO Perry Oosting told FN. “Clergerie has always been a brand known for its masculine femininity.”

The brand, which launched e-commerce at the end of March, also opened a new store on New York’s Madison Avenue in February. “It was previously on a side street, on 62nd and sales have already risen by 50 percent,” he said.

Best performing fall styles have been those with “micro block soles, silhouettes with a volume,” he added. “It’s a sign of the times as people are looking for more comfort.”

Going forward, he revealed that he has some new collaborations up his sleeve. But they are not what you might expect. “We are looking at a wider perspective, incorporating authentic co-creative partnerships with key opinion makers outside of the fashion world,” he said, “through materials and craft techniques.”

Click through the gallery to see more shoes from the spring ’19 collection.