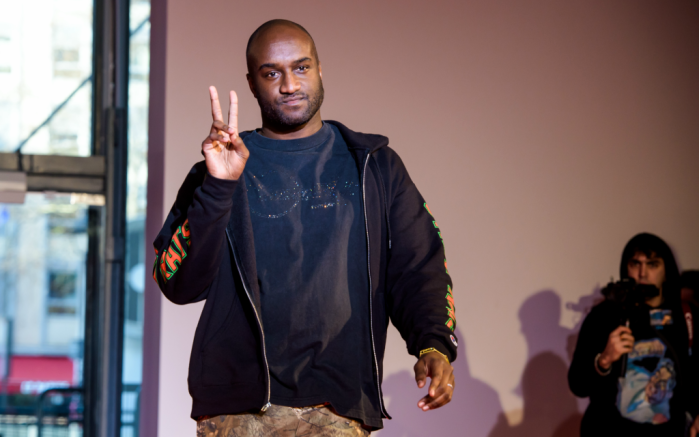 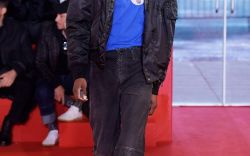 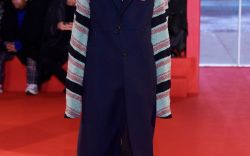 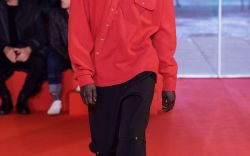 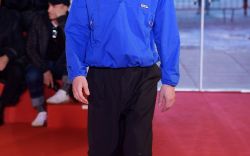 After delivering one of the most in-demand shoes in recent history, not to mention scoring FN’s coveted Shoe of the Year award last year, Virgil Abloh is back at it again with a brand-new Air Jordan 1 that he debuted during his men’s Off-White fall ’18 show at Paris Fashion Week. Crafted in all white, the sneaker, which made its rounds on the internet last year, features the same deconstructed-reconstructed characteristics as “The Ten,” but with a pastel blue hangtag instead of red. And in his signature move, he tagged them with “Paris” as a tribute to the City of Light (in Kim Jones‘ case, he personalized it by scrawling “Jones” and “Virgil Was Here”). There’s no word yet on its release, but rumors have it that it might be made available soon, perhaps as part of the upcoming women’s collection.

The show wasn’t all about the Air Jordans. There were Western boots incorporating plenty of heavy metal (FYI, there were also T-shirt tributes to The Beastie Boys), workboots (a reprise of last season’s Timberland collaboration) and polished laceups, heels of which had undergone an altercation with a paint brush.

The collection, presented in the Parisian landmark Pompidou Centre, was titled “Business Casual,” and it mixed all manner of traditional American workwear from pinstripes to (paint-splattered) jeans, giving the whole shebang a typical off-duty twist.

Come Jan. 26, Abloh is dropping a limited-edition capsule line with LVMH’s Le Bon Marché as part of the Parisian department store’s Let’s Go Logo exhibition. Odds are that we may just have seen a little preview.

For the full men’s collection, check out the gallery.

For the full men’s collection, check out the gallery.