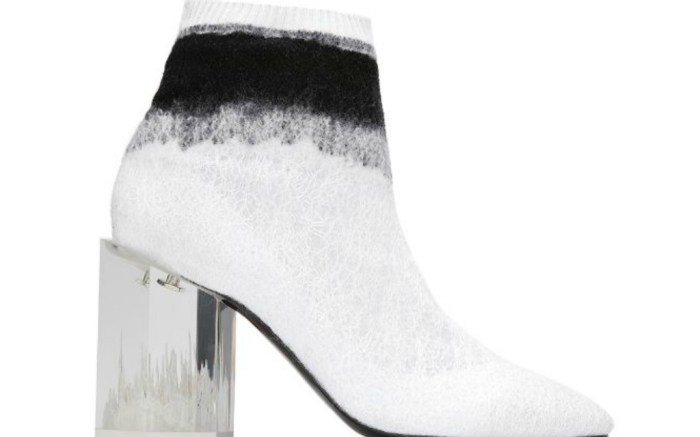 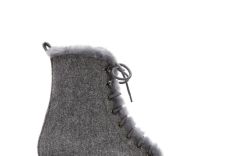 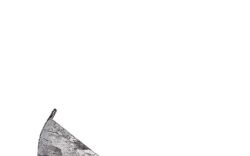 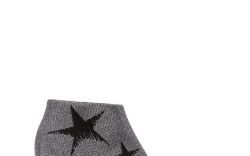 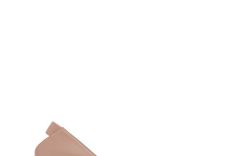 There are sock boots and then there are Nicholas Kirkwood sock boots. For fall ’18, presented today at the end of Paris Haute Couture Fashion Week, the designer elaborately crafted the design with a mix of knit and marbled felting overlaid with wool embroidery. “They’re hand-done, a couture sock boot,” he told FN. “Each pair takes around a day to create.”

He juxtaposed this high-craft notion with a harder edge. Some styles came with futuristic Plexi heels. A hexagonal version is laser-cut to look like fossilized stalagmites.

“This is a little bit of nostalgia for me; I love that era of music,” Kirkwood said. “I think the first moment I ever knew I was into fashion was when I was 13 or 14 and a teacher at school came up to me and said, ‘You’re such a fashion victim.’ I remember being shocked, as I was making such an effort to look like I wasn’t making an effort, destroying my jumper and making holes for my thumbs. I thought I was anti-fashion.”

Elsewhere, there were gently slouched ankle boots and knee-high styles done in the softest nappa leather that folded around the foot like a glove, or crinkled translucent organza. The latter was meant to “look like a veil of smoke on the leg,” Kirkwood said. “The ghost silhouette of a boot.”

There were also quilted styles, done in chevron matelassé, an update on the brand’s ever-popular Beya slippers. They were inspired by a biker jacket, he said, alluding to the glam-rock aesthetic of a more contemporary heroine, The Kills’ Alison Mosshart.