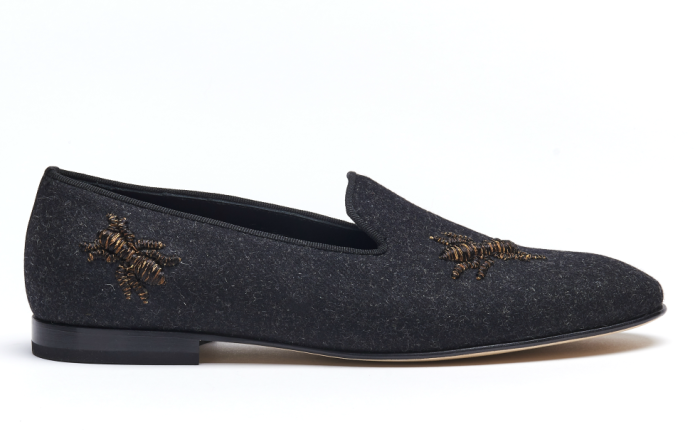 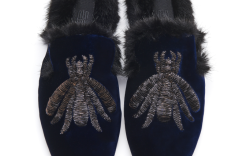 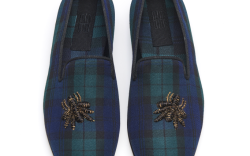 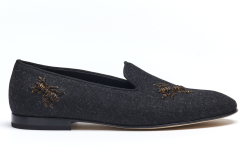 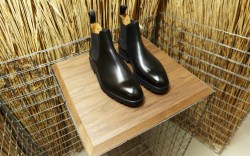 Sneakers proliferated on the Paris runways for fall ’18 these past few days, but that wasn’t the whole story by any means. Sometimes you just need to dig a little deeper.

Paul Andrew, now in his second year of menswear, created his signature striated soled creepers and chukkas and new streamlined jodhpur boot in a sumptuous handpainted python — the epitome of luxury. There was also a house-developed animal print calf hair — “a hybrid of a leopard and a tiger,” he said.

Diego Vanassibara drew inspiration from the world of jewelry for lug-soled brogues. They came overlaid with harnesses or bracelet buckles done in gunmetal gray – “just enough aggression without being over the top,” he said. Elsewhere, laceups in pleated satin came overlaid with hand-shredded pieces of the same fabric.

Serena Uziyel of Istanbul-based women’s label, Sanayi 313, known for its 3-D metallic embroidery, has launched men’s for fall. A seven-piece capsule comes in evening-appropriate velvet, suede, tweed and corduroy. Complete with signature ragno motifs (that’s spider in Italian), which take some 100 hours to make, it’s sure to be a hit after dark.

However, it’s not to say sneakers can’t be luxurious too, as evinced by Pierre Hardy’s own shoe collection. His new Hyper Comet sneakers with their voguish exaggerated soles and mixed-material uppers, were out of this world.  He drew inspiration from “boys toys,” such as his childhood favorite rally racing game. “It was just talking about the things we love,” he said. “It’s a very masculine collection.”

We’d still walk through fire for Pierre Hardy’s glossy jade ankle boots at Hermès, though. The models nearly did. They had to navigate burning pyres that littered the cobbled runway of the 17th century monastery show venue.

At Clergerie, David Beauciel’s debut men’s line featured the house’s signature artisanal raffia uppers on overblown sneaker soles. “These are woven by old ladies in Morocco, they have the knowledge to do this kind of shoe,” he explained. “They are finished in our own factory in Romans-sur-Isère.”

More streamlined are Paula Gerbese’s new Levah styles at John Lobb with their autumnal suedes and super-light EVA soles. But a sneaker is nothing new for the label. “There is so much sportswear in our archive: ski boots from the 1940s, tennis shoes from the 1920s, walking and riding boots, climbing shoes, cricket shoes, even an ice skate,” she said with a laugh. “I think it’s important to honor that.”

Click through to see the gallery of the fall ’18 most luxurious shoes from Paris Men’s Fashion Week.