These Crazy Shoes From London Fashion Week Will Blow Your Mind 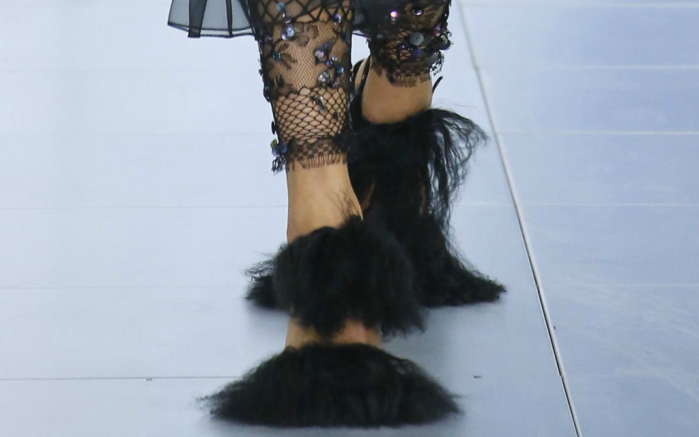 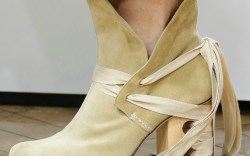 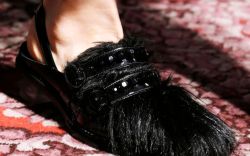 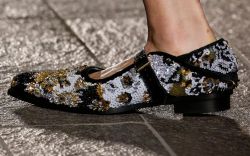 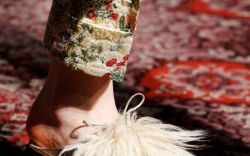 The shoes at London Fashion Week were wild, to say the least. Bright colors, bold embellishments and unexpected silhouettes were spotted on the runway for fall ’18.

Check out some of the craziest shoes seen at LFW, from JW Anderson’s latest eye-catching collab with Converse and more.

Sophia Webster’s latest creations definitely made us want to dance, including these vibrant out-there yellow fringed knee-high sandals. Inspired by Baz Luhrmann’s “Strictly Ballroom,” the South African-born British designer made shoes that were undoubtedly meant to turn heads for fall 2018.

Meanwhile at Mulberry’s fall ’18 show, models strutted down the runway in ruffled ballet-inspired pumps with round fluted heels reminiscent of your grandmother’s best China. Among the most striking were those festooned with multicolored gemstones like the above kelly green style.

Check out the gallery for more of the craziest shoes at London Fashion Week.