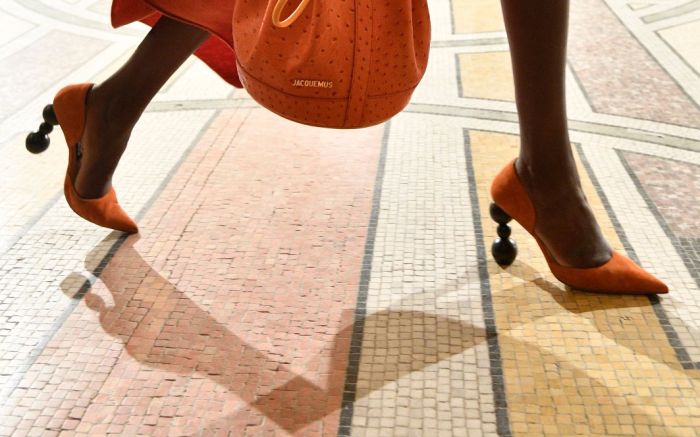 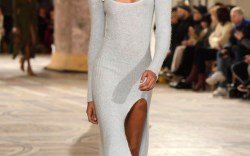 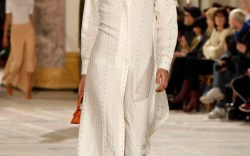 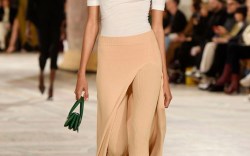 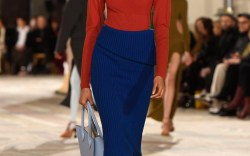 Since launching in 2009, designer Simon Porte Jacquemus has made a name for himself with his surrealist, asymmetric designs that often involve deconstructed tailoring. He’s also become more well-known in the footwear world since debuting a series of sculptural, oversize block heels in his spring ’17 collection, which he paired with equally directional wide-brimmed, flat-topped straw hats.

The designer’s fall ’18 show, which kicked off Paris Fashion Week on Monday night at the Petit Palais, again spoke to the softer, more streamlined version of Jacquemus’ aesthetic (which he first introduced for spring ’18), but his beloved heels were still present, albeit in a more refined version. Models in flowing dresses and separates wore leather and suede pointed-toe heels with abacus-shaped wooden heels that made a lovely light sound against the inlaid marble floors.

There was also a softer version of the designer’s straw hat, similar to those in the spring ’18 collection, but in a less exaggerated version, which gently folded back from the face.

Jacquemus also announced on Monday night that he will be debuting a menswear line in June — news that he revealed via the brown hoodie that he wore at the show’s finale, reading: “New Job L’Homme Jacquemus.” He will present the first collection at the men’s shows in Paris in June.