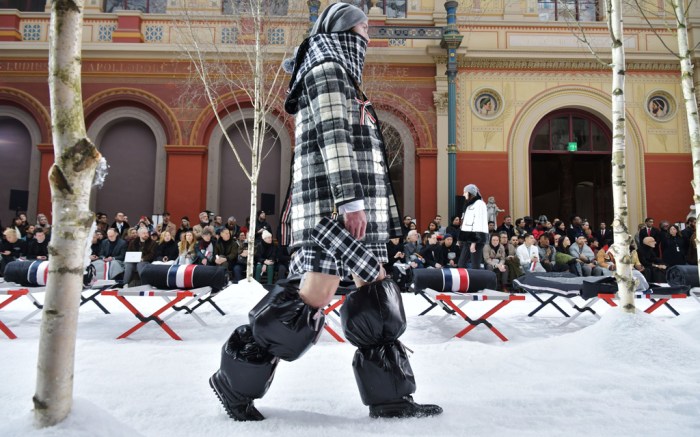 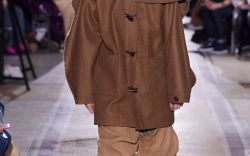 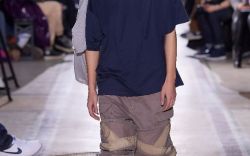 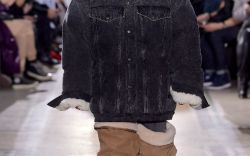 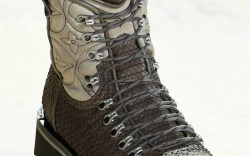 For the uninitiated, men’s fashion can all look the same. We get it — there’s only so much you can do with a suit, a button-down, a pair of pants, a tie and so on (though the gender-fluid movement has ushered in a new wave of looks as designers attempt to redefine menswear and navigate a gender-neutral landscape). And by extension, the same thought can be applied to men’s shoes. What else is there outside of loafers, brogues, boots and sneakers?

Well, a lot, apparently — the exceptionally creative at Paris Men’s Fashion Week refused to send out the same old thing, challenging the norm (and in some cases, defying gravity) with crazy, boundary-pushing designs. The biggest one, hands down, to come out of the fall 2018 shows was Y/Project’s Ugg footwear. Designer Glenn Martens took the shapeless shearling boot and manipulated it to mimic one of his signature silhouettes: a crotch-high, outsized, excessively slouchy boot (how does it stay up?!).

Thom Browne, too, can always be counted on for delivering a news-worthy, albeit slightly controversial, collection. On the heads of his models, he twisted their hair into cute pigtails, and on their feet, he decorated their snow boots with over-the-knee, bow-cinching plastic puffs that legit looked like trash bags.

And Demna Gvasalia of Vetements took the chunky sneaker silhouette to the extreme with added bulk and a tall ’90s-inspired platform. Rick Owens was also partial to a platform — he gave his lace-up combat boots an exaggerated translucent lug sole that lifted up the whole design.

But you should look for yourself. Click through to see the craziest shoes from the fall 2018 shows at Paris Men’s Fashion Week.