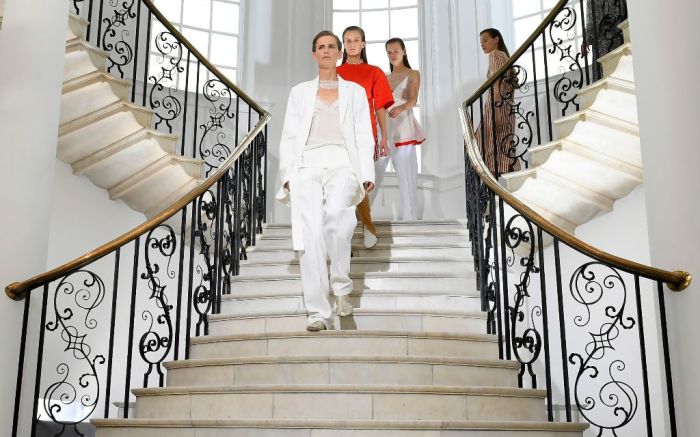 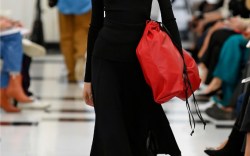 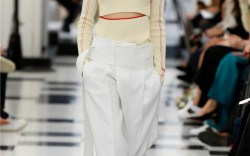 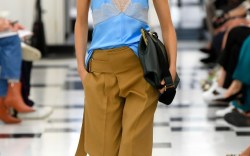 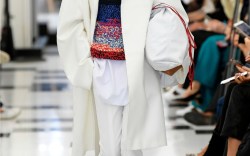 They didn’t call her Posh for nothing.

In the decade since Victoria Beckham launched her namesake fashion line, the former Spice Girls star has lived up to her moniker, showing a thoroughly modern version of sophisticated, minimal tailoring, super-luxe handbags and unexpectedly chic footwear.

The 44-year-old designer proved it again with her spring 2019 collection, which she presented for the first time at London Fashion Week, to commemorate the line’s 10th anniversary.

While many designers are veering toward ornate, super-feminine looks with exaggerated sleeves, ruffles and other bits of romanticism, Beckham continued with her strong, sleek silhouette — with tailored jackets in neutrals, smart midi-length dresses with conservative necklines and tunics over slim, straight-leg trousers with split hemlines down the front center.

On foot, Beckham kept things even simpler:  Most of the shoes were an ankle boot with an ultra-flat sole. Some were done in matte white leather while others had a metallic gold hue that matched some of the more ornate ready-to-wear pieces (like a pair of split-hem trousers done in gold brocade).

There are, of course, many other designers who have inhabited the space of minimalism, including Helmut Lang, Jil Sander and Phoebe Philo. But with Philo’s recent departure from Céline, it’s possible that Beckham’s tailored pieces — and minimally luxe accessories — might shine a bit brighter.