How You Can Stay at the Opulent Versace Mansion 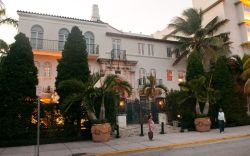 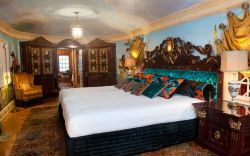 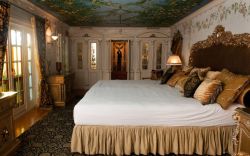 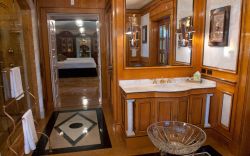 The premiere of “The Assassination of Gianni Versace: American Crime Story” is tonight, and viewers will get a look inside the opulent mansion where the designer lived — and was tragically murdered by Andrew Cunanan in 1997. The over-the-top Miami Beach residence is a central character in the much-buzzed-about series, which was filmed there last year.

Today, the house, located at 1116 Ocean Drive, is known as the Villa Casa Casuarina, a 19,000-square-foot luxury boutique hotel. It features 10 custom guest suites with marble bathrooms, separate living areas and balconies or patios. Other amenities include a pool, a spa, two private lounges and a rooftop bar.

It might sound like a nice getaway, but you’ll have to fork over some serious cash to stay there. Right now, suites start at $899 per night during the week and $1,199 on weekends, and the fervor surrounding the show could drive those rates up quickly.

Casa Casuarina was originally built in 1930 by Alden Freeman, heir to an oil fortune, according to the hotel’s website. The property changed hands many times over the next several decades and was run as an apartment complex called Amsterdam Palace, named after one of the owners.

In 1992, Versace was on a walk with his family and was drawn to the “Kneeling Aphrodite” statue outside the house as well as its Spanish architecture. The designer spent about $32 million to transform the apartment building, adding an entirely new wing and tiled pool complete with thousands of 24-karat gold mosaics. During his years living there, he hosted a number of celebrity guests, including friends Madonna and Elton John. (Donatella Versace sold the house three years after her brother died.)

“American Crime Story” director Director Ryan Murphy recently told the New York Post he didn’t think he could pull off the show without having access to the property.

Click through to take a tour of the Versace mansion.