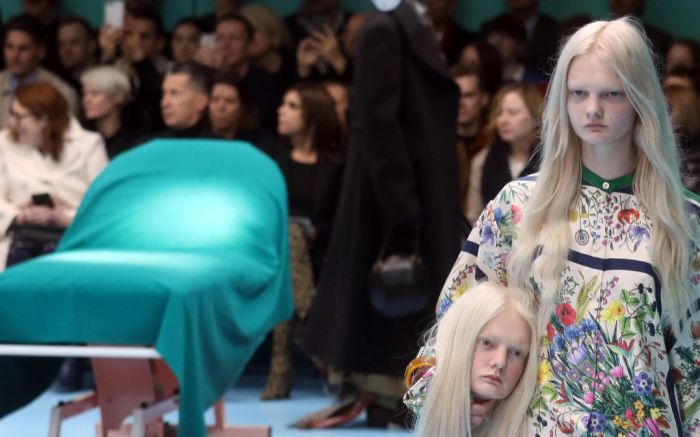 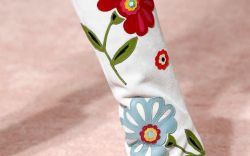 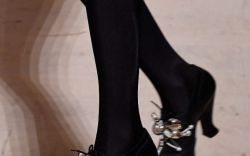 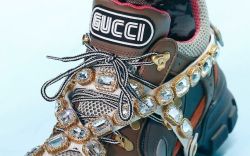 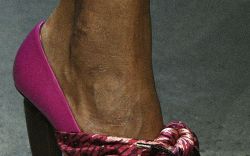 Sure, fashion’s runways are primarily about trends in clothing — and in shoes, of course. But every so often, what happens on a runway can also manage to encapsulate the feeling of the season (and the state of the world), honor legacies, and yes, shock and awe.

This year’s best runway moments were a mix of all of the above. From the first black designer at Louis Vuitton to a contentious takeover of Celine, to a few major milestones for American designers, 2018 was full of moments that were both about fashion and beyond.

One of the most highly anticipated designer debuts came from menswear, when Virgil Abloh presented his first collection as artistic director of menswear at Louis Vuitton for the spring ’19 season. Celebs galore — including his former boss Kanye West — came to the front row to celebrate Abloh, who became the first black designer of his stature at the brand.

There was an uprising of #OldCéline fans and critics alike at Slimane’s debut at Celine (he ceremoniously removed the accent mark before the show). The spring ’19 was full of the tried-and-true looks he showed at Saint Laurent, a clear departure from Phoebe Philo’s smart womenswear that she showed for nine years.

To celebrate the 50th anniversary of the start of his iconic Polo brand, American designer Ralph Lauren hosted a star-studded runway show in Central Park during New York Fashion Week, followed by an even higher profile dinner that read like a post-Oscars party.

In a surgical room-like space, complete with examining chairs and sterile, fluorescent lights, Alessandro Michele showed his signature kooky, magpie aesthetic that was made even stranger with replicas of models’ heads and a baby dragon that made some show attendees actually wonder if it was real.

Frills and thrills at Marc Jacobs

After holding up his show nearly 90 minutes (and before making a public apology for it on his personal Instagram account), Marc Jacobs showed a spring ’19 collection of feathered, frilled, ruffled, sparkly, curlicued and layered looks that were objectively joyful.

Ugg finally gets the high-fashion treatment

The appearance of Uggs on a runway might not be exciting (or promising) for most, but for footwear fans the slouchy thigh-high version that designer Glenn Martens showed on the runway at his Y/Project fall ’18 show finally made the comfort brand look ultra-cool.

Chanel goes to the beach

You can count on Chanel to put on the grandest spectacle each season, but a sandy beach — complete with actual waves — inside the Grand Palais during Paris Fashion Week was one of the brand’s best.

The clothes and shoes were just as high-impact as the past few seasons, but Balenciaga’s spring ’19 also featured a tunneled light installation by digital artist Jon Rafman that gave attendees a truly immersive experience.

Christian Dior goes to the ballet

Maria Grazia Chiuri veered slightly away from her feminist messaging for spring ’19, instead focusing on the feminine movement through dance — and showing a troupe of modern dancers alongside dancerly looks to prove it.

Click through to view the most beautiful shoes of 2018.

8 Eccentric Shoe Hybrids That Shook the Fashion Industry in 2018