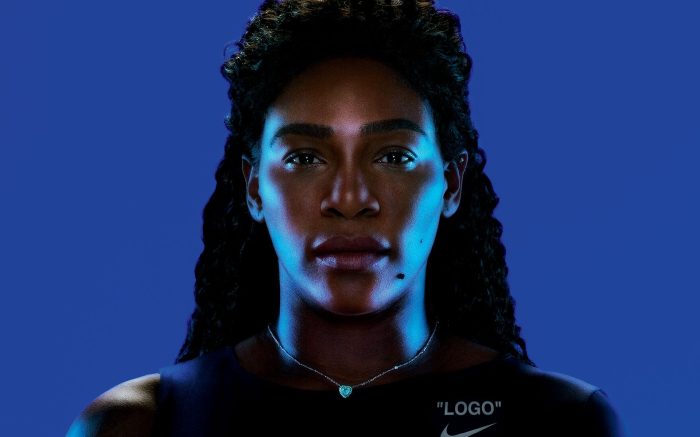 If there’s anything Serena Williams can do, it’s to make a grand comeback.

The 23-time Grand Slam champion reached the final of the 2018 Wimbledon Championships not long after a nearly 14-month break from the tennis. Despite her stunning loss at the recent Silicon Valley Classic, fans are expecting her back and better than ever at next week’s U.S. Open — and she’s sure to do it in style.

Williams, who has served up serious sartorial statements on the court since her professional tennis debut two decades ago, is now the focus of a special collection created by Virgil Abloh for sportswear giant Nike. The designer’s Off-White brand announced the collaboration on its Instagram page.

The capsule — to be debuted at Flushing Meadows in New York by the tennis icon herself — is appropriately named the “Queen Collection,” highlighted by a pair of statement daytime and nighttime performance dresses. It also includes a bomber jacket, bag, the NikeCourt Flare 2 and limited editions of The 10: Nike Air Max 97 and The 10: Nike Blazer Mid SW.

For the capsule, the designer met with the NikeCourt design team, and they worked on pieces that took inspiration from Williams’ on-court looks over the years as well as her passion for dance and ballet. (Cue the tulle fabric and tutulike silhouettes.)

“The dress is feminine but combines her aggression,” Abloh explained. “It’s not about bells and whistles and tricks. It’s just about it living on the body and expressing Serena’s spirit with each swing of the racket.”

Because performance was top of mind, the dress also accommodates athletic movement, boasting a supportive mesh fit that hugs her body and material to keep her cool during summertime in the city.

“With Serena, we have one of our generation’s most powerful, inspiring athletes as the muse,” Abloh added. “I was trying to embody her spirit and bring something compelling and fresh to tennis.”

Of course, her ensemble wouldn’t be complete without signature footwear. Williams will arrive at the venue wearing a PE edition of her Nike Court Flare 2 sneakers.

A limited edition of the styles will be available at select Nike stores starting late August.