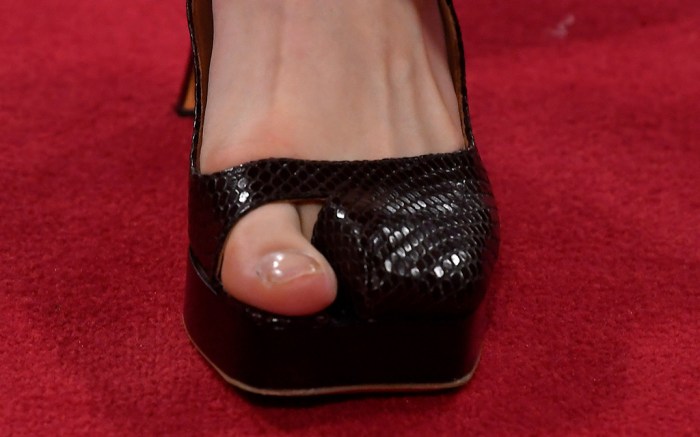 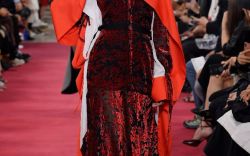 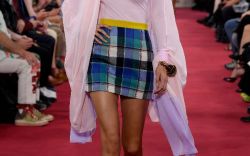 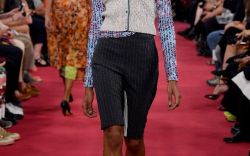 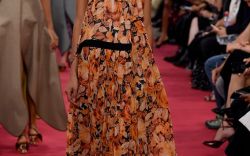 Glenn Martens is a paid-up member of Belgium’s new garde taking the French capital by storm.

The extreme slouch boot that has become a signature for Y-Project’s Glenn Martens also made an appearance. But how could it not? From its debut last year, it’s been through various iterations from snakeskin (faux) and denim to more recent dalliances with Ugg — both with and without high heels.

For spring ’19, it came in a gray lurex, part of a tonal gray-on-gray look — gray marl sweatshirt, cut away to make a ’50s sweetheart neckline, and cargo pants in a paler shade. While athleisure on the runway is now a given, Martens’ is elevated via just such subtle tweaks to his silhouette.

The designer also introduced bags this season in collaboration with Linda Farrow. Cut like a concertina, they actually fold flat. They are an evolution of the idea behind his double-length jeans, which can be worn both ruched and folded back on themselves and, by extension, the slouch boot with its thigh-high or calf-length options.

The bags, which came both mini and oversize, were good for the novelty factor alone, but also (mental note) as a space saver when it comes to packing for trips abroad. Or, as Martens put it, “You can smash them up.” Now, there’s an invitation not extended every day.