Paul Andrew: ‘There’s Nothing Worse Than Seeing Women Wear Shoes That Cripple Them’ 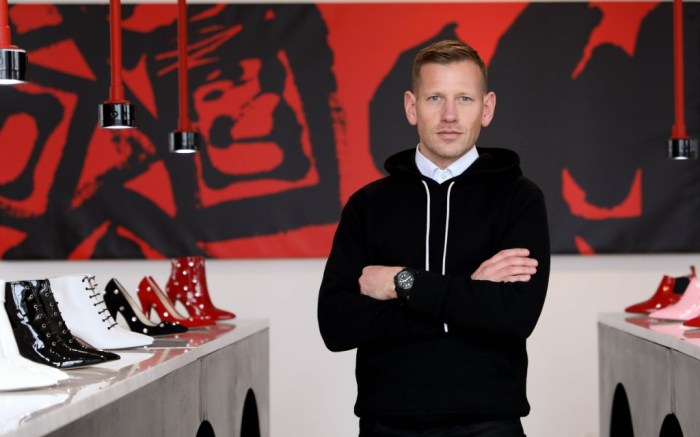 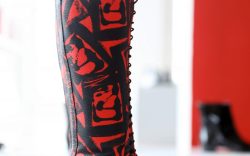 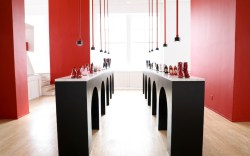 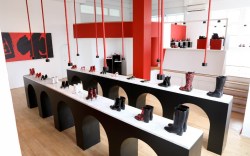 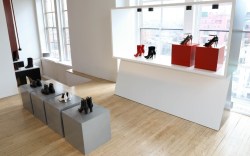 Six years after launching his eponymous collection, Paul Andrew is doubling down on his original vision for the label — to outfit confident women with shoes that are as wearable as they are stylish.

“Everything I do has to be comfortable. There is no point making shoes that people can’t wear. There’s nothing worse than seeing women wear shoes that cripple them. It’s the least attractive, least empowering thing.”

For fall ’18, the designer — who unveiled his collection today at New York Fashion Week — was inspired by a visit to the MoMA. “In the permanent exhibition, there is this painting by Robert Motherwell. It suddenly jumped out at me for several reasons: the bold use of color (it’s black, red and white); the texture of the paint and the idea that he worked with super bold brushstrokes.”

Another major influence? The “Call Me by Your Name” soundtrack. “The movie is amazing but the soundtrack is also awesome with all this great 1980s music,” he said. “It made me think about my mother and the ’80s shoes she was wearing. She’s got some pretty awesome shoes in the closet.”

While his mother has always been a guiding force in his life, Andrew also relies on the women with whom he works closely. “My team is 80 percent women. I decided to take things a step further this season and make prototypes in their sizes so I could get feedback on the styles and proportions they wanted to wear.”

Meanwhile, in two weeks, the designer — who took on the high-profile women’s creative director gig at Ferragamo last fall — will unveil his first full collection for the storied Italian label.

“I’m excited. It’s going to be a new look for them,” he said. “I can’t give away too much but it’s an evolution. I’m really looking forward to showing the world what I can do with ready-to-wear.”

To see more styles from Paul Andrew’s fall 2018 collection, click through the gallery.