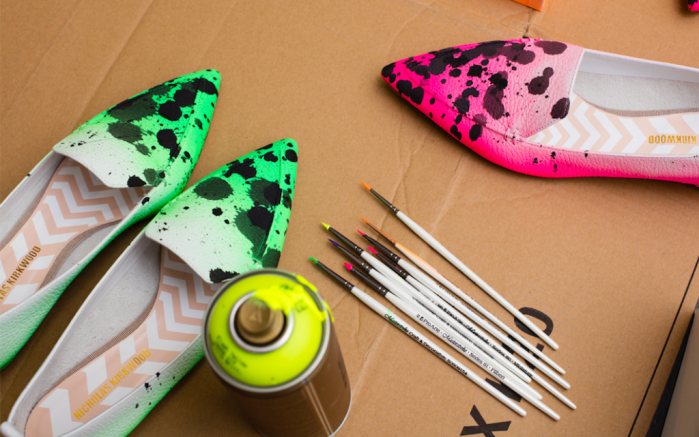 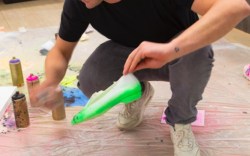 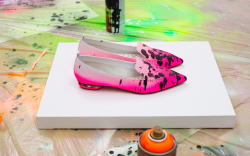 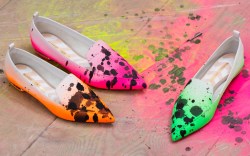 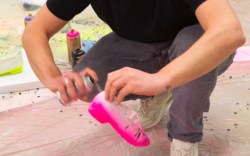 Nicholas Kirkwood is no stranger to the customizable-shoe game.

In 2017, the London-based designer launched a bespoke service with Farfetch, which he spoke about at FN’s CEO summit in Miami last spring. And recently, Kirkwood personally customized five limited-edition pairs of his Beya loafers that celebrated the Dallas Art Fair, which kicked off last Friday and concluded on Sunday.

A representative for Kirkwood confirmed that two pairs were sold to two friends shopping together “almost immediately after hitting the floor.” Each pair retails for $600 at Dallas luxury boutique Forty Five Ten.

The shoes feature a pebbled leather upper, sharp pointed toes and a sculpted metallic heel. They were spray-painted by hand over several hours by the 37-year-old, making each one unique. They also come with a customized and signed shoe box.

FN’s 2011 Designer of the Year chose bold neon colors for the collection, including orange, green, yellow, hot pink and dark purple. Black splotches cover the front of the shoes to top things off.

While the colorful collection is very limited, by using Kirkwood’s new customization service with Farfetch, you can create your own personalized Beya loafers or mules with thousands of color and material combinations to choose from. You can even add your initials.