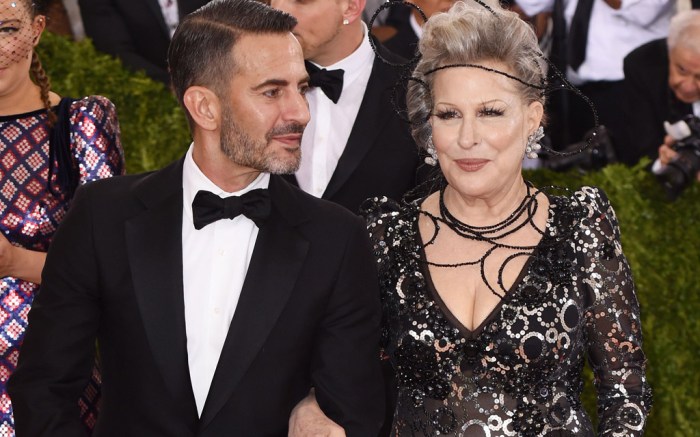 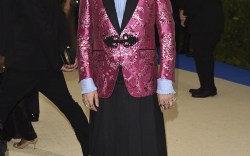 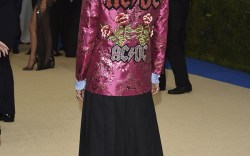 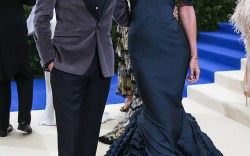 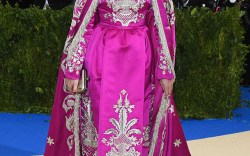 “Who are you wearing?”

That’s a question we expect to hear more than usual, with the 2018 Met Gala happening this very evening in New York.

This year’s theme, “Heavenly Bodies: Fashion and the Catholic Imagination,” is sure to bring the creative and the unexpected on the red carpet — and while we’re curious to see how A-listers will navigate the controversial theme, it’s their fanciful shoes that we at FN have all our eyes on.

Enter the designers behind these famous footwear appearances: From veterans such as Gucci creative director Alessandro Michele and Marc Jacobs to the relatively new, like Virgil Abloh, the Met Gala has been graced by many a designer shoe — but also by the designers themselves.

At the 2017 event celebrating “Rei Kawakubo/Comme des Garçons: Art of the In-Between,” the Off-White founder and artistic director of Louis Vuitton’s menswear took a fashion risk by wearing sneakers on the famed carpet. (The kicks were a product of his collaboration with Nike, the custom Off-White x Air Jordan 1 Retro High OG sneakers, which also drew attention with their vibrant green laces.)

The same year saw the appearance of Louis Vuitton’s head designer, Nicolas Ghesquière, with his repeat muse, Jennifer Connelly. The two, whose friendship spans more than a decade, are no strangers to the Met carpet — the actress herself has appeared at the gala an impressive seven times — and they’re known to push the boundaries, with her frequent above-the-knee looks and his sleek high-tops. (We have yet to hear word whether the two will arrive together once again at tonight’s event.)

As for newcomers, Alexandre Birman is expected to make his very first appearance at the gala this year. The Brazilian designer recently celebrated his 10th anniversary in the shoe business, commemorating the milestone with an exclusive collection with Bergdorf Goodman. He will walk the carpet with model Kate Upton as his muse.

“My main inspiration was the bow tie of the Clarita — that’s my signature,” Birman told FN. “The back of the shoe is the Clarita bow tie, but the front is something special I developed with Swarovski, [and] I love it.”

Click through the gallery to see the shoe designers we can expect at the 2018 Met Gala.