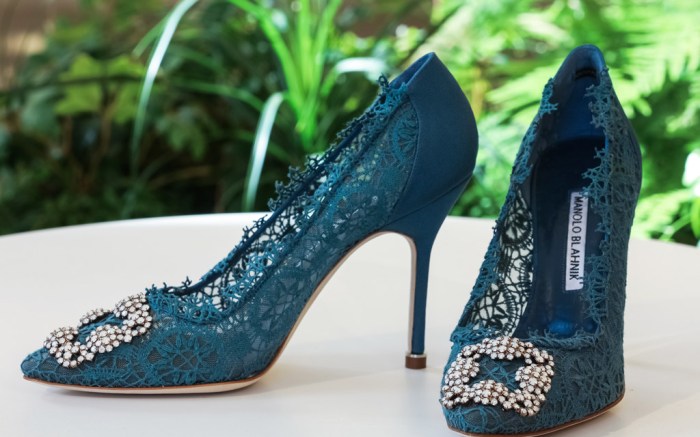 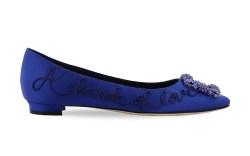 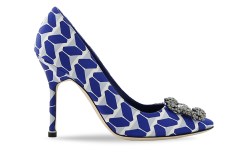 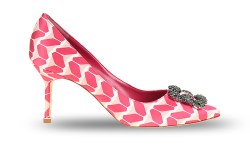 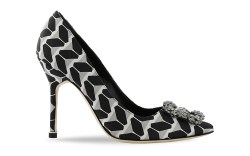 Manolo Blahnik has hundreds of shoes that are equally iconic, but one has surpassed them all to become his most legendary. Enter the Hangisi — the shoe known around the world and most notably in “Sex and the City” the movie.

Here are some fun facts about the popular shoe.

Blahnik designed the pump, embellished with a crystal buckle, in pink, black and green satin for spring ’08. Since then, the Hangisi style has evolved into boots, mules, d’Orsays and flats. It has been produced in over 100 materials and colorways, as well as in seven heel heights. This year marks the decade anniversary, and the brand is celebrating it with the launch a limited-edition Hangisi collection.

The name comes from Turkish origins.

“Hangisi” means “Which one?” in Turkish. The designer chose it, he said, because he thought it sounded romantic.

Each buckle is handmade with the highest-quality crystals. One iteration, which launched in 2017, got a serious upgrade. In partnership with Preciosa, a leading global manufacturer of Bohemian crystal, the designer created the limited-edition shoe in only 20 pairs detailed with dozens of Preciosa crystals and rare Czech lace.

Blahnik said he was inspired after visiting an exhibition by the Italian portraitist Giovanni Boldini. He told FN in an interview last week, “He painted European society ladies in the late 19th and early-20th centuries, and I noticed some of them had buckles on their shoes.” There are also echoes of the traditional North African baboosh slippers, immortalized by the French artist Eugène Delacroix.

“I thought it was a little obscene, but it was funny,” the designer told FN of the time he met an American fan during a personal appearance. “She’d have bought more, but we didn’t have any more to sell her at the time.”

The “Sex and the City” shoe scene wasn’t planned.

Starring Sarah Jessica Parker as Carrie Bradshaw, the film organically featured the Hangisi heel. It was the scene inside Bradshaw’s prewar apartment where Mr. Big stands inside their empty walk-in closet with the Manolos in hand, gets down on one knee and proposes. The movie and show’s costume designer, Patricia Field, had been a longtime fan of the label, Blahnik explained.

The new Hangisi anniversary collection is inspired by New York.

Marking 10 years of continued success, Blahnik’s limited-edition capsule features exclusive patterns and prints on seven styles. This includes one look designed as a road map of the city detailed with New York landmarks such as Central Park, Washington Square and the brand’s West 54th Street store smack dab in the middle of the shoe’s buckle.

Click through the gallery to see the entire new collection.