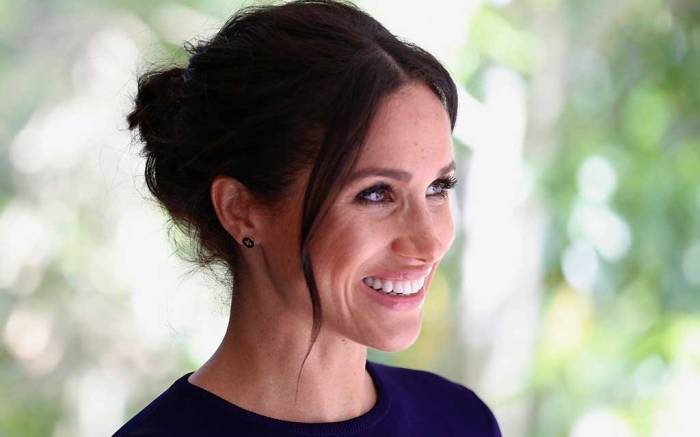 Meghan Markle is a big fan of Manolo Blahnik’s footwear.

And in a recent interview with FN, Blahnik revealed what he thinks of the Duchess of Sussex.

“I like the idea of mixing our culture with that of America, mixing bloodlines is the only way the aristocrats can survive,” the United Kingdom-based shoe designer observed. “Meghan has an incredible charisma, she’s sophisticated and elegant with touches of the New York girls but not so uptight. She moves well but is also pleasant and warm. And warmth and kindness are what we all need at the moment.”

Since marrying Prince Harry in May, Markle has established herself as a style star of the royal family along with sister-in-law Kate Middleton.

The former “Suits” actress frequently steps out in Blahnik’s designs, favoring his classic BB pumps. The pointy-toed pumps, which feature a wrapped stiletto heel and come in a wide range of colorways, were sported by the 37-year-old multiple times on her recent tour of Australia, Fiji and New Zealand.

While Markle has a closet full of footwear, the understated heels are a wardrobe staple reflective of the sophistication and elegance Blahnik attributes to her.

Blahnik offered more warm words on the duchess in an interview with FN in March, prior to Markle’s wedding to Prince Harry.

“It is a great honor and joy to have my shoes worn by such a beautiful young lady,” he explained then. “Meghan is well on her way to becoming a style icon of the 21st century.”

Click through the gallery to see more of Meghan Markle’s style.