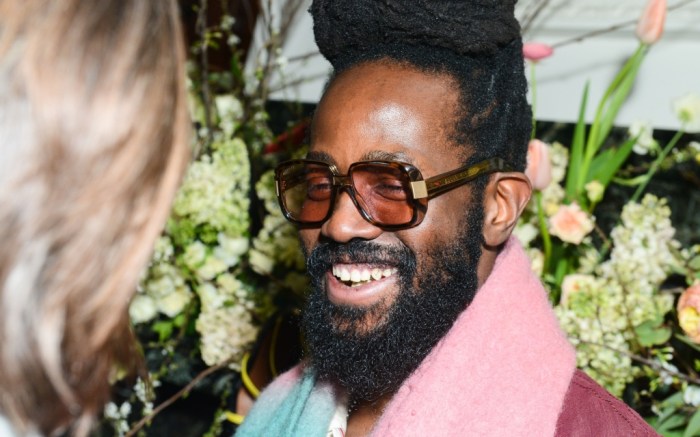 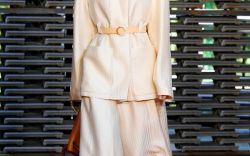 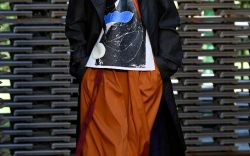 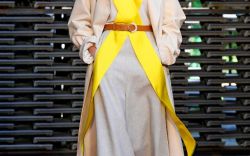 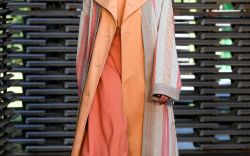 Mary Alice Malone, the co-founder and creative director of Malone Souliers, stepped down this year, but that hasn’t deterred Roy Luwolt from forging ahead. This London Fashion Week, he pulled out all the stops and collaborated with not one but two designers on their spring ’19 footwear.

While the Malone Souliers (now known as Malone Souliers by Roy Luwolt) x Roksanda collaboration, which showed today, was to be expected (as they have teamed up on previous seasons), the label also worked with Osman Yousefzada, who presented on Saturday.

Luwolt started showing off his Roksanda boots even before the show was set to begin. He arrived with his personal model, Aweng Chuol, who was wearing them: a style crafted from combination of canvas and leather, complete with a blue running stripe down the back, which evoked a sporty equestrian vibe. The mixed materials made for a more supple silhouette, he explained to FN, adding that he’d been thinking about the game of polo and the British royal family.

The ones in the show were for the most part obscured underneath Roksanda’s voluminous skirts, so we suspect he wanted to ensure they got a full viewing. Chuol was also wearing a shirt by Absence of Paper, Luwolt’s newly launched luxury white shirt label that he said was one of the new strategic partnerships he’s working on.

For Osman, Luwolt said he’d reinterpreted key Malone silhouettes in new colors and fabrications, including a racy zebra animal print, a metallic elaphe and some sequined variants that he described as “quite chichi.”