How the Fashion Industry Is Reacting to Kate Spade’s Death 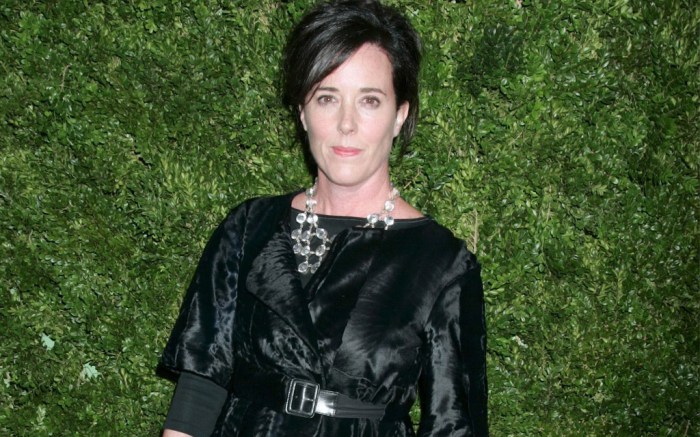 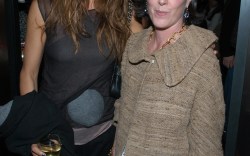 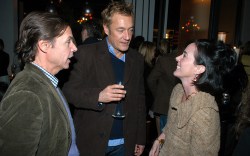 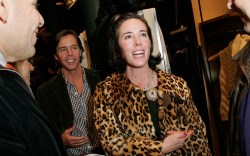 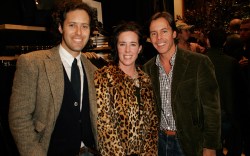 It was a loss felt among fans, friends and members of the fashion community.

News of Kate Spade’s death rocked the industry when the Associated Press reported the handbag and accessories designer’s passing at her Park Avenue apartment in New York shortly after 10 a.m. Tuesday.

The NYPD confirmed that she was found unconscious and unresponsive due to an apparent suicide. She was 55.

In an email to FN, Kate Spade New York said, “We at Kate Spade New York just learned of the incredibly sad news that Kate Spade has passed. Although Kate has not been affiliated with the brand for more than a decade, she and her husband and creative partner, Andy, were the founders of our beloved brand. Kate will be dearly missed. Our thoughts are with Andy and the entire Spade family at this time.”

The company also released a separate statement on Twitter:

“All of us at Steve Madden are devastated to hear the news of Kate Spade’s death,” Madden told FN. “She was too young to go. When I was coming up at Steve Madden, I looked up to Kate Spade and admired her work. She was truly an original.”

Executives from major retail names also recalled Spade’s influence in the industry and shared their grief.

Saks Fifth Avenue chief merchant Tracy Margolies said, “We are all deeply saddened by the sudden passing of Kate Spade. Kate was an icon of American fashion. Not only was she an incredible business leader, but her creativity and inimitable sense of style will always be remembered.”

Separately, Nordstrom co-president Pete Nordstrom told FN: “We’ve worked with Kate and knew her personally for many years. She was a great business partner and a lovely, delightful person to work with. We are shocked and saddened by this news, and we will miss her. Our hearts go out to her family and friends during this difficult time.”

And Debbie Ferree, vice chairman and chief merchant at DSW, added: “Kate Spade was an amazing fashion talent who inspired so many of us in the fashion industry. Her feminine yet whimsical accessories appealed to so many and made us smile. Our hearts and prayers go out to her family.”

On social media, a stream of condolences and thoughts are coming in from designers and fashion influencers alike.

Kate Spade left an indelible mark on the fashion industry and her inspiring life and work will be missed. We lost a true visionary today. My heart goes out to her family and to all she has touched.

Cindi Leive, who served as editor-in-chief of fashion and lifestyle magazine Glamour for 16 years, similarly took to Twitter to express her sadness along with the number to the National Suicide Prevention Lifeline.

Grieving for the family of Kate Spade, breakthrough designer and woman of style and substance. Pls write down this number and use it if you or someone you love is in danger. National Suicide Prevention Lifeline 1-800-273-TALK (8255).

Kate Spade’s tragic passing is a painful reminder that we never truly know another’s pain or the burden they carry. If you are struggling with depression and contemplating suicide, please, please seek help. https://t.co/eruSexNoGj

The Council of Fashion Designers of America released a statement via Twitter.

“The CFDA is devastated to hear the news of our friend, colleague, and CFDA member Kate Spades’s tragic passing. She was a great talent who had an immeasurable impact on American fashion and the way the world viewed American accessories.

We want to honor her life and her ma… pic.twitter.com/5l8uyDsNsG

The Accessories Council sent a statement to FN. “The Accessories Council has long been a great admirer of Kate Spade,” president Karen Giberson said. “We honored her with an ACE Award in 1999 and have continued to work with the brand ever since that time. Her passing deeply saddened our industry. Our sympathy goes out to her family, friends and colleagues.”

On Instagram, sneaker brand Keds said, “We will always remember her for the iconic industry leader that she was.”

Saks uploaded a photo of Spade along with the caption, “She was a beloved talent that made an enduring mark on American fashion.”

We are deeply saddened by the sudden passing of @katespadeny. She was a beloved talent that made an enduring mark on American fashion. Our heartfelt condolences go out to her family—Kate will be missed by many. (Image: @instylemagazine, April 2004)

The nicest woman, the first person to compliment me on Liz Lange Maternity when I first started. And the creator of the most iconic brand. I am heart broken by this news. https://t.co/teisqU6JK8

She was the first designer who opened the door to fashion for me as a young girl. I've followed her career for over two decades and I'm just gutted.

Kate Spade — who changed her surname to Valentine in early 2016 — was known for her feminine, whimsical and vibrant designs. She launched Kate Spade with her husband in 1993, which has since grown into a global fashion and lifestyle brand. In 2016, they also founded Frances Valentine, a luxury brand of women’s shoes and accessories that maintains a similar aesthetic and message. The company released its own statement:

We are deeply saddened by the loss of our dear friend and founder, Kate Valentine Spade, who will remain in our hearts forever.

If you or a loved one has contemplated suicide or require emotional support, call the National Suicide Prevention Lifeline at 1-800-273-8255 or visit the website at suicidepreventionlifeline.org.